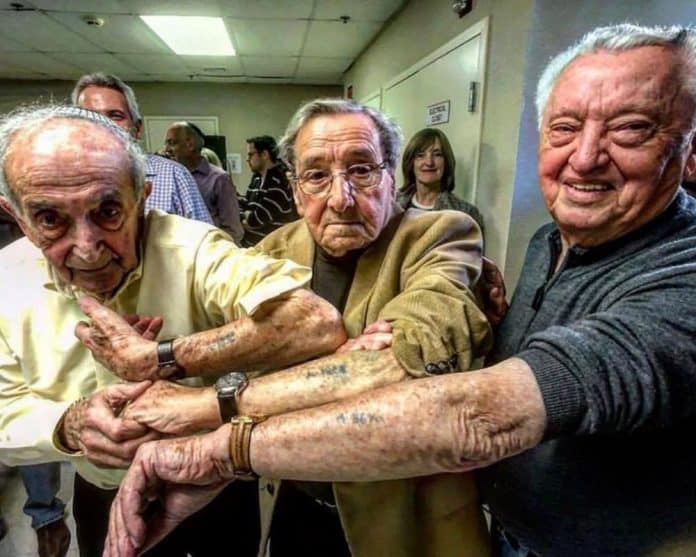 This week, with the strong support of the Florida delegation, the U.S. House passed the “Never Again Education Act” bill would have the U.S. Education Department create the Holocaust Education Assistance Program Fund, expanding middle and high school education on the Holocaust.

Back in July, U.S. Sen. Jacky Roseny, D-Nev., introduced the proposal with the backing of U.S. Sens. Marco Rubio, R-Fla., Richard Blumenthal, D-Conn., and Kevin Cramer, R-ND. The bill would authorize $10 million over the next five years to expand educational efforts about the Holocaust with the director of the National Holocaust Memorial Museum in charge of the new program.

“The funding could cover training for educators, textbooks, transportation for survivors to be brought to a school, and certain other educational materials that present historically accurate information about the atrocities of the Holocaust. The bill would also direct experts at the Department of Education to work with trained Holocaust educators to conduct regional workshops to help teachers incorporate the sensitive subject of the Holocaust into their classrooms,” Rubio’s office noted about the bill.

“The Holocaust is humanity’s darkest hour, and we must never forget the stain it has left on history,” Rubio said in July. “Incredibly, there are still some who deny the existence of the mass murder of six million Jewish people or, even worse, wrongly manipulate the horrors of the Holocaust to score cheap political points in today’s partisan climate. It is our duty to ensure that future generations know the history of the Holocaust in its entirety, so that the millions of innocent lives lost will never be forgotten and that the evils of anti-Semitism will never be repeated.”

“There is overwhelming evidence that anti-Semitism is on the rise in the United States and across the globe,” Rosen said. “In order to ensure that an event like the Holocaust never again occurs we must take concrete steps to address this growing epidemic of hate, and that begins through education and understanding of one of the most horrific chapters in history. I will continue to support and develop bipartisan policy solutions to fight hate in whatever form it takes because Never Again must mean Never Again for anyone.”

Over in the U.S. House, U.S. Rep. Carolyn Maloney, D-NY, and U.S. Rep. Elise Stefanik, R-NY, introduced a similar proposal at the start of last year. More than 300 members of the House co-sponsored the proposal.

“It’s clear that the momentum for the Never Again Education Act just keeps growing,” Maloney said back in July “It is up to all of us to make sure that we teach generations to come about the Holocaust and the dangers of intolerance and hate. No one is born with hate in their hearts – it is learned. But we can prevent that if we teach about the Holocaust in all our schools and give teachers the resources they need to do so.”

On Monday, which was International Holocaust Remembrance Day and marked the 75th anniversary of the liberation of Auschwitz, the House passed the measure on 393-5 vote. Four Republicans and U.S. Rep. Justin Amash, I-Mich., voted against the proposal. Every member of the Florida delegation voted for the bill except Bilirakis, Rooney and U.S. Rep. Dan Webster, R-Fla., who did not vote.

“Seventy-five years ago, Allied soldiers liberated Auschwitz-Birkenau and 8,000 starving prisoners. Nazis killed 1.1 million men, women, and children, mostly Jews, in this camp alone over 41 months. The Holocaust was one of the darkest times in history, and it is imperative we never forget and never let it happen again,” Spano said on Monday. “H.R. 943 gives teachers and educational leaders the resources necessary to teach future generations about the Holocaust. One day, our children will lead this nation. We must do everything we can to prevent history from repeating itself. That is why I am proud to have cosponsored this bill. May we continue to take steps towards defeating hatred and creating a better world.”

“On International Holocaust Remembrance Day we reflect on the past and we remember the 6 million Jews murdered by the Nazis in the Holocaust. May their memories be for a blessing, and a reminder that we cannot be silent in the face of hatred and anti-Semitism,” Frankel noted. “Never Again.”

Frankel praised the bill, insisting it will “ensure that our children are taught the lessons of the Holocaust.”

The focus now heads to the Senate where the bill has been before the U.S. Senate Health, Education, Labor, and Pensions Committee since July.

After the House vote, Rubio urged the Senate to move on the bill.

“As we commemorate International Holocaust Remembrance Day, the House of Representatives is sending a strong message honoring the Holocaust’s victims,” Rubio said. “By passing the bipartisan Never Again Education Act, we are ensuring that future generations learn about the atrocities that took place during humanity’s darkest hour. With anti-Semitism on the rise in our nation, it’s our duty to prevent history from repeating itself.”