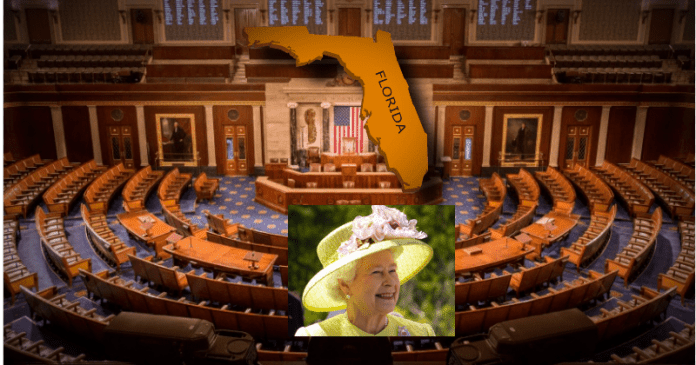 Members of the Florida delegation on Capitol Hill reacted on Thursday after news broke that Queen Elizabeth II died at the age of 96 and after more than 70 years on the throne.

“For the past 70 years, Queen Elizabeth II has represented dignity, stability and wisdom as the leader of the British people. Even as the world has undergone immense political and cultural change, her leadership has remained steady. Under her reign, the United States and United Kingdom significantly strengthened our special relationship, and our shared ideals of democracy and freedom spread to countless nations. The Queen’s death is an immense loss for entire world. Today, Ann and I join many others to mourn the loss of Queen Elizabeth II, remember her legacy and pray for the Royal Family and the people of the United Kingdom,” said U.S. Sen. Rick Scott, R-Fla.

“From the age of 14, when the then-heir presumptive made her first public radio address during World War II, Queen Elizabeth II lived a life of devotion to her nation and dedication to the people she served. America and Britain’s shared commitment to free institutions is constantly under threat in a world beset by dangers. For over seven decades, Queen Elizabeth II’s courage and inspiration guided our closest ally as it navigated an ever-changing world. Jeanette and I mourn the passing of Her Majesty Queen Elizabeth II and extend our deepest sympathies to the British people,” said U.S. Sen. Marco Rubio, R-Fla.

“Queen Elizabeth II was the longest-reigning British monarch, the female face of one of the strongest nations in the world and a devoted leader to her nation,” noted U.S. Rep. Lois Frankel, D-Fla.”I’m sending my condolences to the people of the United Kingdom & the Queen’s loved ones.”

“Today we celebrate the life of Queen Elizabeth II who reigned with style, grace, and strength. We all admired her and when she spoke, we listened,” noted U.S. Rep. Val Demings, D-Fla. “In her own words: ‘The true measure of our actions is how long the good in them lasts.’”

U.S. Rep. Michael Waltz, R-Fla., praised the late monarch “for always standing side by side with America.” U.S. Rep. Kat Cammack, R-Fla., praised her as “a great ally to the United States over her 70 years on the throne.”