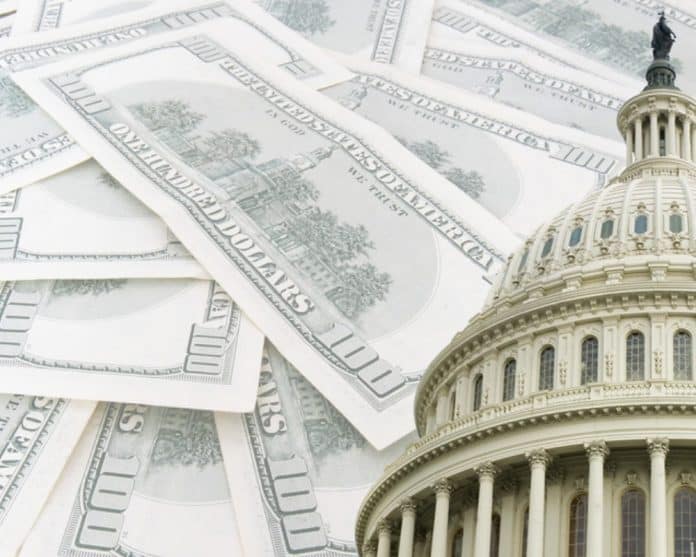 Four Republican congressmen from Florida are pushing a resolution recognizing the national debt as a threat to America’s security.

Earlier this month, the national debt hit $22 trillion and it continues to increase. U.S. Sen. David Perdue, R-Ga., and U.S. Rep. Andy Biggs, R-Ariz., brought out a resolution this week and offered their rationale for it on Tuesday.

“The single greatest threat to our national security is our national debt, and it’s time Washington comes to grips with that reality,” said Perdue. “This month, our national debt topped $22 trillion. This news should have sounded alarms throughout Washington, but bureaucrats and career politicians didn’t even blink an eye. Ultimately, the debt impacts our ability to fund priorities, like providing our men and women in uniform with the resources they need to protect Americans. This debt crisis will only get worse, and if we don’t act now, our country will lose the ability to do the right thing.”

“We introduced this resolution because the United States is racing towards a fiscal cliff,” said Biggs. “Congress is taking few measures to solve this problem, and it is beyond time for our colleagues in both chambers to become serious about balancing the nation’s budget and recognize this issue as a threat to our national security. America has a spending problem, not a revenue problem. While the United States is producing record federal revenue, Congress has failed to pass balanced budgets. If we do not change our course, we will be responsible for one of the worse catastrophes this nation has ever experienced: the crash of the American economy and the demise of a superpower. I thank Senator Perdue and my colleagues for their leadership on this issue.”

“National security experts have long warned us that our massive debt is one of our biggest national security threats,” Webster said. “With U.S. debt recently surpassing $22 trillion, soon we will spend more paying down interest on our debt than on national defense. I do not accept the standard Washington presumption that nothing in the budget can be cut in order to fund important priorities without increasing the deficit. Hardworking taxpayers make tough spending decisions to stay within their budget and expect their representatives in government will do the same.”

“For far too many years, Congress has failed to provide the American people with a fiscally responsible balanced budget, opting instead to repeatedly raise the debt ceiling,” Gaetz said. “Our current national debt of over $22 trillion poses a grave threat to the security of our country and signifies a radical departure from the founders’ vision for how Congress manages taxpayer dollars. I support Congressman Biggs’ resolution recognizing the national debt as a threat to our national security and I call on my colleagues to express their commitment to being good stewards of taxpayer dollars.”

“We cannot in good conscience ask the American people to be responsible with their personal finances, while their Congress and government continues an out-of-control spending spree. With our national debt now topping over $22 trillion dollars, and growing, this weight on our national finances is a clear and present danger to our national security,” Spano said.

“For far too long, Congress has failed to act on the growing national debt. This negligence is a direct threat to our national security and puts our country at risk. I am committed to putting security over politics and finally getting our federal budget back on track,” Steube said.