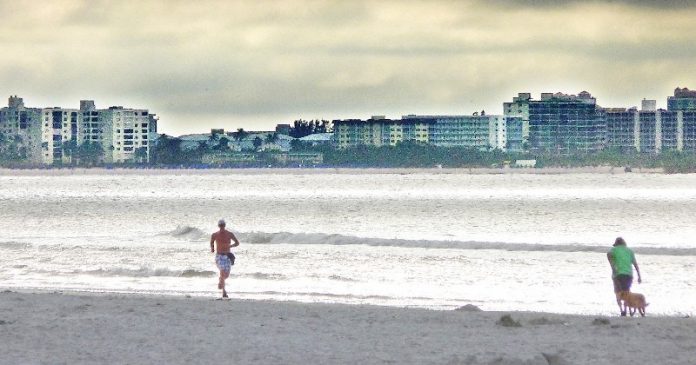 A new study has revealed that Florida is the best state to run in.

Air quality and the average temperature in each state in comparison to the optimal running temperature, which studies show is 51.5 °F.

Each state was given a score out of 10 for each factor, which was then totaled to give a score on the running index. The higher the score, the better the state is to go running in.

The Sunshine State ranks as the best place to go running in America. Florida boasts some beautiful beaches and is one of the flattest states meaning the running routes are perfect for all types of runners. There are 6 IAAF marathons held in Florida. However, the state also has over 1,000 other races, varying in distance, for runners of all abilities making Florida one of the most inclusive running states. Although with an average temperature of 72.4°F, you can expect it to be one of the hottest states to run.

Ohio, although ranking lower on natural beauty, ranks higher on safety, the two key indicators for this study being personal and road safety. Ohio has a lower mean elevation than many states at 850 ft which would surely benefit the runners of the 9 IAAF marathons as well as the 520 standard running races that take place in Ohio. Ohio also has an average temperature of 52.1°F which is one of the closest temperatures to the optimal running temperature (51.5°F), making Ohio a great place to go running.

California ranks as one of the most naturally beautiful states in America which makes it the ideal place to get out and explore on your runs, however, the incredible landscape is partly due to California having a mean elevation of 2,900 ft. Although this doesn’t stop the runners of California from taking part in the 160 standard races and 9 IAAF marathons that take place in the state. The diverse races and stunning scenery are definite reasons why California is the third-best state to go running in.

Although New York ranks lower for natural beauty, it is a much safer state than the top three. Much like California, NY holds 9 IAAF marathons but doesn’t neglect the runners who may not fancy the full 42km run, with over 350 races for runners of all abilities. With only a 1,000 ft mean elevation, New York isn’t going to be to challenging to run in and therefor the state makes the top five best states to go running in.

Washington has been crowned the most naturally beautiful state in America. It’s also the safest state in the top five of this list. Washington only hosts 2 IAAF marathons, but makes up for this with over 430 other races for runners to take part in. Washington does have a higher mean elevation (1,700 ft) which is the price of having such beautiful landscapes which could make some runs slightly harder than others.

Minnesota is lower on the natural beauty index, however, is one of the safest states in America. There are 7 IAAF marathons held in Minnesota, which is one of the most in America. The state has a slightly lower number of standard races, with 290, but still offers a good range of distances and difficulty for runners of different abilities. Minnesota is one of the colder states as well with average temperatures of 40°F despite this, it remains the sixth-best state to go running in.

Massachusetts is the second safest state on this list. With only a 500 ft mean elevation, it means most runners won’t have to battle too many hills. There are 3 IAAF marathons held in Massachusetts, along with over 500 other races for runners to take part in. The average temperature is 50°F which is only 1.5°F under the optimal running temperature, making it a great state to get those personal best running times.

Rhode Island is one of the least naturally beautiful states on this list, however, is also one of the safest in America. There is a mean elevation of only 200 ft, so it’s nice and flat. This is combined with the average temperature of 51.9°F, which is only 0.4°F over the optimal running temperature. There is 1 IAAF marathon in the state with only 34 other races. Rhode Island has great running conditions but doesn’t quite offer the opportunities to utilize them, which makes this the eighth-best state to go running in.

Hawaii has the best air quality in America and is a state full to the brim of natural beauty. Although the state has over 3,000 ft of elevation and has the hottest average temperatures, meaning running could be challenging. Hawaii holds 2 IAAF marathons and 38 other races for runners to enjoy and experience the beauty Hawaii offers.

Oregon has a slightly lower safety index score, however, has a higher natural beauty score. Oregon has the highest mean elevation in this list, with 3,300 ft, which could make the two marathons and 266 other races quite challenging, but worth the effort to experience the luscious landscapes of Oregon.

“America has some of the most beautiful natural scenery in the world, and there’s no better way to experience and discover some of this than running. Outdoor exercises are great ways to get fit, especially for those who may not like the gym or a gym is not as accessible, but everyone has access to great running routes,” said a spokesperson for Fitness Volt.” Fifty million Americans are estimated to have participated in outdoor running and jogging this year, and no matter what state those people are in, this research shows that every single state has opportunities for all runners of all abilities to get outdoors and get involved.”

This research was conducted by Fitness Volt, a comprehensive online resource dedicated to Strength Sports, from healthy eating to exercise and everything in between.