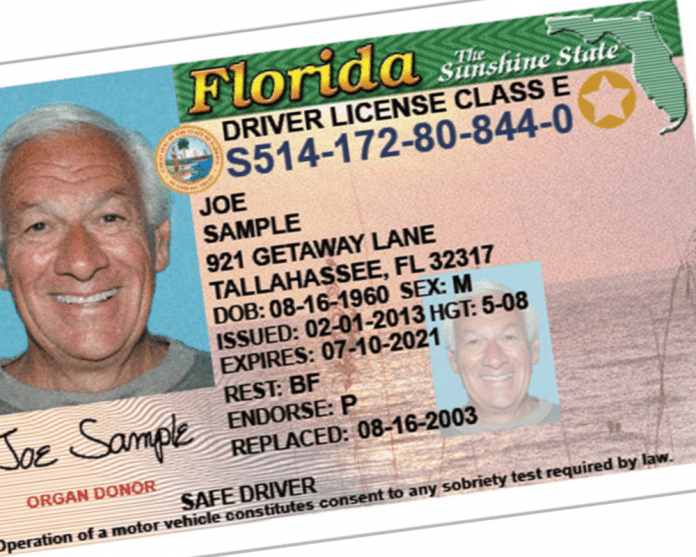 Once again, a push is underway in the Florida Legislature to allow people that are not residents of the state of Florida to be able to get driver’s licenses.

The state currently allows a temporary permit for some people here on either a tourist or work visa but a bill introduced by state Rep. Carlos Guillermo Smith, D-Orlando, would expand that to include any person living in Florida whether they are here legally or not.

“This legislation ensures that all Floridians have the opportunity to be trained, licensed, and insured to drive. An estimated 685,000 undocumented Floridians are currently unable to get car insurance because state law prohibits them from obtaining driver licenses,” Smith said.

People driving without driver’s licenses or insurance has been a major problem in Florida, Smith said, adding consumers ended up with higher insurance costs.

Republicans in control of the Florida Legislature are ready to stop the bill from becoming law. State Rep. Anthony Sabatini, R-Howey in the Hills, spoke bluntly with Florida Daily about the legislation.

“Absolutely terrible bill that would lead to drastic increases of illegal immigration both in Florida and the United States,” Sabatini said. “This bill is a sad attempt to subvert the immigration system and is a slap in the face to law-abiding Americans.”

While there is a companion bill filed by state Sen. Jose Javier Rodriguez, D-Miami, Sabatini expects it to die in the Florida House.

“Thankfully, this bill has little to no chance of passage since Republican leaders believe in the rule of law,” Sabatini told Florida Daily.

This is not the first time legislators in Florida have tried to pass a bill that would allow illegal immigrants to get driver’s licenses. So far, none of those bills have gained much traction. Fifteen other states and Washington D.C. have passed similar legislation.