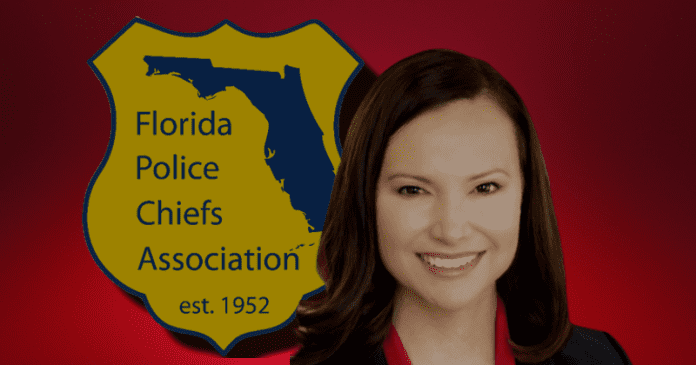 “On behalf of the Florida Police Chiefs Association, we are honored to endorse Attorney General Ashley Moody for reelection,” said FPCA President Keith Touchberry, the chief of the Fellsmere Police Department. “General Moody has devoted her entire career to enforcing our laws, preserving the safety of our communities, and upholding the rule of law.”

Clermont Police Department Chief Charles “Chuck” Broadway, FPCA’s first vice president, also applauded Moody. “General Moody has proven herself as a dedicated public servant who cares about law enforcement officers and their families, and the FPCA looks forward to continuing our work with her on behalf of the people of Florida,” Broadway said.

“General Moody’s initiatives like her Be A Florida Hero officer recruitment initiative and #BackTheBlue officer recognition program are just a few examples of her leadership on behalf of law enforcement,” Vazquez said.

Moody does not face any opposition in the Republican primary later this month.