So far, 2018 has been a good year for the Sunshine State’s economy.

Just last month, Moody’s gave Florida a “AAA” credit rating, the highest the state has ever seen. The high rating is primarily based the state’s good economic condition.

Florida’s winning streak continued as new report from Bankrate.com showcased by Fox Business listed it as one of the best states to retire.

Earlier this year, the personal finance website Wallethu ranked Florida as the best place to retire.

Florida’s current median household income is around $50,860 which is 13th lowest in the country. The unemployment rate in Florida stood at 3.4 percent, making it the 23rd lowest across the nation.

However, the report showed two areas of weakness for Florida with the state ranking 31st when it comes to cost of doing business and ranking 36th on education.

Florida scored well when it came to state promotion. The report noted Florida and other  high-ranking states did well due to their economic development marketing efforts. The Sunshine State relies on Enterprise Florida, the state’s economic development organization and Visit Florida for tourism. 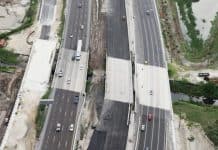