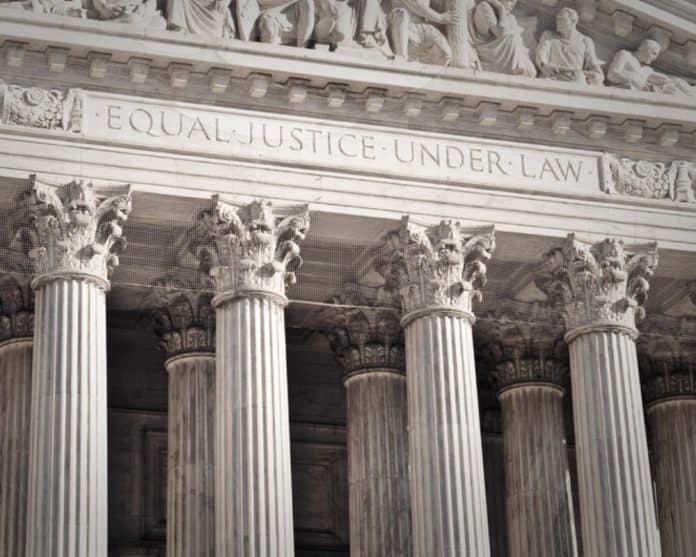 As LGBTQ advocates basked in the glory of a major victory at the U.S. Supreme Court, Equality Florida and other groups say the ruling is not enough and that more changes are needed in Florida.

In the case of Bostock vs. Clayton County, the Supreme Court ruled by a 6-3 margin that the firing of an employee for being gay or transgendered is a violation of their Title VII rights under the Civil Rights Act of 1964.

Equality Florida Executive Director Nadine Smith called it a “historic day” at a time when “the nation needs a bright light” but added she still believes the ruling is the “bare minimum” of what needs to be done. She called for the state Legislature to take up a bill called the Competitive Workplace Act.

“It has been the most cosponsored piece of legislation, drawing bipartisan support in Tallahassee, and but for leadership, we believe it would be brought to the floor and passed,” she said.

The bill has failed multiple times in Tallahassee. While the Supreme Court ruling covers employment, the Competitive Workplace Act would go even further, making it illegal to discriminate in areas like housing. That’s one reason attorney Jon Davidson with Freedom For All Americans supports the proposal.

“We need comprehensive, express protection for sexual orientation and gender identity discrimination in federal and in state law,” Davidson said.

Davidson pointed out that Florida could protect against discrimination in adoption services, restaurants and hotel accommodations.

“We need states like Florida to pass an express and comprehensive ban on sexual orientation and gender identity in all areas of life,” he said.

The Florida Democratic Party plans to lead the effort to pass the bill Tallahassee. Party Chairwoman Terrie Rizzo could not resist the chance to take a shot at President Donald Trump after the ruling.

“For decades, Republicans have blocked Democratic efforts to pass the Competitive Workplace Act and protect LGBTQ people not only in the workplace, but also in the public space and housing realms. Donald Trump’s Department of Justice has fought to deny these protections,” she said.

Some corporations are lining up behind the Competitive Workplace Act.  Florida Blue participated in a conference call by Equality Florida this week. So did John Tonnison, the executive vice president and chief information officer from Tech Data. He has lobbied in Tallahassee for the proposal.

“I hope and expect that our state, our Legislature, our governor take these clear rulings and signals as encouragement and the basis on which to drive for further systematic change and improvement, furthering the cause of true equality throughout Florida,” he said.

The bill may have a tough road in the Florida Legislature which remains under Republican control.

Mat Staver of the Liberty Counsel has often led the fight against similar bills and he weighed in on the decision.

“A plain reading of federal employment law is clear that it refers to biological male and female,” Staver said. “The implications of today’s opinion could be far-reaching, particularly with regard to ‘gender identity’ in sports and public accommodations. The original intent and meaning of the law are clear, and the common-sense reading of ‘sex’ as male and female is made even more obvious by Congress repeatedly refusing to amend the law. When Congress refuses to amend its own law, courts have no authority to rewrite the law. Yet, that is what the majority of the Supreme Court did today,” Staver said.

Unless the Democrats flip one or both of the chambers in November, the bill could fail again in Tallahassee. Republicans in the Legislature can also argue that the law is no longer needed following the court ruling.