U.S. Sen. Bernie Sanders, I-Vt., the leading Democratic presidential hopeful, sat down for an interview with Anderson Cooper for “60 Minutes” on CBS–and Florida is responding in a big way as the backlash could be costly for the Democrats’ hopes to win the state in November.

Floridians are focused on comments Sanders made about Fidel Castro and the Cuban regime.

“We are very opposed to the authoritarian nature of Cuba, but you know, you’ve got, it is unfair to simply say everything is bad,” Sanders told Cooper. “You know, when Fidel Castro came into office, you know what he did? He had a massive literacy program. Is that a bad thing? Even though Fidel Castro did it?”

The reaction from Florida was instant, negative and coming from both sides of the aisle.

The Florida Democratic Party quickly distanced itself from Sanders. While party Chairwoman Terry Rizzo didn’t mention Sanders by name, the implication was clear.

“Florida Democrats condemn dictators who toppled democracies across the globe and stand in solidarity with the thousands of people who have fled violent dictatorships in Cuba, Venezuela, and Nicaragua. Candidates need to understand our immigrant communities’ shared stories, as well as provide solutions to issues that matter to all Floridians including access to affordable health care and rejecting a Trump economy that works only for the very rich,” Rizzo said.

“We have no room for Fidel Castro apologists here,” McGhee said. “Castro was responsible for horrific acts committed against innocent people in Cuba. I invite Senator Sanders to come to Florida to hear from victims and family members of those hurt by the Castro regime. My Cuban brothers and sisters will explain to him that no educational policy can undo the pain and suffering they endured. No one should praise a despot like Fidel Castro.”

“Make no mistake: Bernie Sanders’ comments on Fidel Castro are a part of a larger pattern throughout his life to embrace autocratic leaders and governments across the globe. He seems to have found more inspiration in the Soviets, Sandinistas, Chavistas, and Castro than in America.” And added “His admiration for elements of Castro’s dictatorship or at least willingness to look past Cuba’s human rights violations is not just dangerous, it is deeply offensive to the many people in Florida, New Jersey, and across the country that have fled political persecution and sought refuge in the United States. Bernie’s comments indicate he either fails to understand the pain and suffering that Fidel Castro, Nicolas Maduro, and Daniel Ortega have caused to so many people, including Americans now living here, or worse, that his ideology blinds him to the realities of life in these countries,” Alex said.

Former New York City Mayor Mike Bloomberg is on the attack as well. He brought out former Miami Mayor Manny Diaz to rip into Sanders.

“As a Cuban who fled Fidel Castro’s murderous regime, and a son of a political prisoner who spent years in Castro’s prisons, I am disgusted by Bernie Sanders’ praises of the Cuban dictator,” Diaz said. “Sanders has repeatedly stated his admiration of the Castro regime, and the alleged ‘literacy program.’ The reality is far different from the picture Sanders paints. Children are taught by teachers who are barely paid enough to buy enough food to survive, and they study in dilapidated schools that may or may not have running water and electricity. The only books are supplied by the government, filled with pro-Castro propaganda. There are no notebooks, pencils or chalk for chalkboards. Kids go to school starving as their parents have no money for food, hardly an ideal state for learning.

“Literacy means nothing when you don’t have freedom. In fact, parents who choose to home-school their children are thrown in jail for not following the communism-imposed curriculum, designed to brainwash children,” Diaz added.

Florida Republicans are also having a field day with the comments.

“Bernie Sanders has made it clear that he is shamefully ignorant and has no respect for those fighting for freedom. His comments in support of the brutal Castro regime, and now his accusations against AIPAC for ‘bigotry,’ are disgusting, but not surprising from a far-left socialist pushing an anti-Israel agenda. The United States must reject this behavior and rhetoric, and stand with those fighting for freedom, democracy and human rights,” said U.S. Sen. Rick Scott, R-Fla.

The National Republican Congressional Committee (NRCC), which is in charge of trying to flip the U.S. House from the Democrats, is attacking several politicians in Florida in the wake of Sanders’ comments, asking if they too support some of the actions of the Castro regime.

The NRCC has been asking if South Florida Democratic U.S. Reps. Debbie Mucarsel-Powell and Donna Shalala stand with Sanders.

“Since the socialist is showing no signs of remorse, will Donna Shalala and Debbie Mucarsel-Powell take a stand and refuse to support Sanders when he is the nominee at the risk of upsetting their socialist base?” Camille Gallo, a spokeswoman for the NRCC, asked.

“Senator Sanders’ comments on the Castro regime are misguided, ill-informed, and unacceptable. Over the last six decades, hundreds of thousands of Cubans have risked their lives to escape the tyranny of the Castro regime – a reign of fear, paranoia, and oppression that regularly abuses human rights in order to stifle free thought and democracy in Cuba to this very day,” said Shalala. “I believe Senator Sanders would benefit from taking time to meet with the many survivors of Castro’s Cuba who now live in South Florida. My hope is that after meeting with the exile community, he will recognize that the Cuban regime – and other similar authoritarian regimes across Latin America – are instruments of evil and are not worthy of his praise.”

The NRCC is also trying to tie Sanders to U.S. Rep. Stephanie Murphy, D-Fla. even though she is supporting Bloomberg in the primary, and to state Rep. Adam Hattersley, D-Riverview, who is trying to unseat U.S. Rep. Ross Spano, R-Fla.

Regardless of which person or party is taking Sanders to task, there are likely to be long term consequences in Florida, both for the upcoming primary in the middle of next month and the general election in November. In a state where elections come down to small margins of victory, Sanders will find angering particular demographic in this state, especially one with a record of high voter turnout like Cuban-Americans, could end up hurting him at the end of the day. 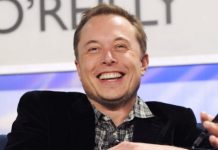