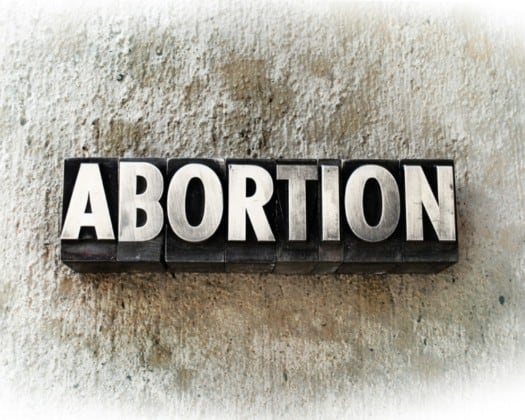 Abortion is not health care. Any procedure for which a successful outcome depends on the death of a living human being, born or unborn, cannot be considered health care. For this reason, the willful killing of an unborn child has for over two millennia been explicitly proscribed by the Hippocratic Oath as inherently contrary to the ethical practice of medicine. We write to urge you to take swift action to issue new regulations to protect innocent human life by ending tax breaks for abortion under the guise of medical care. The Internal Revenue Service (IRS) should not consider abortions (except when the mother’s life is physically endangered) to be medical care. Similarly, the IRS should not treat premiums for health insurance that covers such abortions as medical care, unless in compliance with the law’s separate accounting requirements for coverage of non-medical care.

When the deduction for medical care was first enacted in the Revenue Act of 1942, abortion was a crime in virtually every state. However, shortly after Roe v. Wade, the IRS imposed on the then-three-decade-old statute a meaning of “medical care” that would have been unthinkable to the 77th Congress that enacted it. Under Rev. Rul. 73-201 (1973), the IRS wrongly holds that amounts paid for any legal abortion are tax-deductible as “medical care” under §213(d)(1)(A) of the Internal Revenue Code — “for the purpose of affecting any structure or function of the body” — and even prominently lists them as such in its Publication 502. This holding, in turn, creates tax breaks for abortions through the medical expenses deduction as well as through health flexible spending accounts, health savings accounts, health reimbursement arrangements, and other taxpreferred health accounts and tax breaks that incorporate definition of “medical care”. The holding violates §213(d)(1)(A) and its governing regulations, and ought to be reversed with regard to abortion. Therefore, we urge you to revise the regulatory definition of “medical care” in Treas. Reg. §1.213-1 (e)(l) to exclude amounts paid for any abortion (except when the mother’s life is physically endangered).

Since abortion is not medical care, by extension, the IRS should not treat amounts paid for premiums for health insurance that covers such abortions (except when the mother’s life is physically endangered) as medical care under §213(d)(1)(D) unless the separate accounting requirements for coverage of non-medical care under §213(d)(6) are satisfied. While we believe Congress should amend the statute to exclude categorically any health insurance that covers such abortions, enforcing the law’s separate accounting requirements is an important intermediary step. Therefore, we also urge you to revise the regulations implementing these separate  accounting rules in Treas. Reg. §I .213-1 (e)(4) to exclude amounts paid for any premiums for medical insurance that covers such abortions unless the portion of the premium allocable to the coverage for such abortions (l) is “either separately stated in the contract, or furnished to the policyholder by the insurance company in a separate statement”, (2) is subtracted from the total amount of the premium treated as medical care, and (3) is not calculated to be an “unreasonably” small amount, that is, any amount “less than $1 per enrollee, per month”  of the Affordable Care Act). Treas. Reg. §1.162(1)-1 should also be clarified to ensure that these separate accounting requirements apply to the deduction for self-employed individuals “for insurance which constitutes medical care” under §162(1)(1), consistent with Congressional intent to coordinate that deduction with the medical expenses deduction under §213.

In all but the most extreme circumstances, abortion is an elective procedure that has nothing to do with ‘the prevention or alleviation of a physical or mental defect or illness”. Pregnancy is a natural conditioning of the human body, for both the mother and her unborn child, and only rarely, if ever, does a pregnancy physically threaten the life of the mother in such a way that the mother’s death can only be averted by abortion, rather than through other means such as early induction or Caesarean section. Therefore, the IRS must cease considering abortions (except in the case of physical endangerment to the life of the mother) to be medical care under §213(d) and its implementing regulations.

Even without relying upon the regulations or legislative history, the IRS’ treatment of abortion as medical care also conflicts with the statutory text of §213(d)(I )(A) — “amounts paid… for the purpose of affecting any structure or function of the body — (emphasis added ) — because the statute only references one person’s body, not a second body that may be secondarily affected. The primary purpose of an abortion, however, is not to affect the body of the mother, but, tragically, to destroy the body of the unborn child growing within her — a child who has her own unique DNA. An abortion is considered “successful” not simply when the mother’s pregnancy is terminated (since childbilth also does this), but only when the result is a dead unborn child.

The IRS’ treatment of abortion as medical care deviates from how the agency treats other procedures thal primarily affect someone else’s body. Most notably, the IRS prohibits intended parents (even who contribute their gametes) from claiming in-vitro fertilization treatments of a gestational surrogate as “medical care” (I.R.S. Information Letter 2002-0291 (2002)). This policy has been upheld in Federal court on the basis that “[t]hat limiting modifier, referring as it  does to one ‘body’ rather than multiple ‘bodies,’ confirms what Section 213(d)’s plain language indicates—that at least in this context, ‘function’ is an attribute of a singular thing and, accordingly, that the statutory definition should be understood to cover medical care that affects the function of one body, while excluding care that might be thought to affect some ‘function’ achieved by the cooperation of multiple bodies” (Morrissey v. United Stales, 871 F.3d 1260 (1 Ith Cir. 2017)). The Court’s reasoning in Morrisey should also apply in the case of abortion. Since abortion primarily and directly entails the destruction of body of the unborn child, the abortion’s secondary effects on the structure or function of the body of the mother cannot be considered to be medical care for her.

The IRS’ treatment of abortion as medical care is also inconsistent with the Court’s recognition that an unborn child can be the subject of medical care under the law. In a 1977 case involving adoptive parents who sought to claim certain medical expenses of an unborn child via the birth mother, the U.S. Tax Court generally presumed prenatal medical care to be only for the mother, but acknowledged a “commonsense” exception, that “medical care rendered to an expectant mother may, under certain circumstances, constitute medical care rendered to her child”; namely, when the medical care bears a “direct or proximate relation” (not merely a general one) to the unborn child and when payment is made after the child’s birth, to satisfy the requirements for a dependent under §152 (Kilpatrick v. Commissioner, 68 T.C. 469 (Tax Ct. 1977)). While in Kilpatrick the adoptive parents’ claims failed to meet this exception, the Court nonetheless recognized that the statutory reference to “body” in §213(d)(I)(A) includes that of an unborn child, and therefore, that “medical care” includes certain services that, though necessarily involving the mother, are directly specific to an unborn child. Since abortion involves precisely such a direct intervention specific to an unborn child, albeit to harm rather than to heal her, it should not be considered medical care for the mother.

Neither can an abortion be considered medical care for an unborn child as a dependent. Currently, the IRS does not consider unborn children to be dependents under §152. But even if the IRS were to recognize the humanity of unborn children by treating them as dependents under §152, it would be irrational for the law to be construed to allow a parent a tax break as medical care on behalf of their dependent unborn child for killing that same dependent through abortion. The IRS recognized this principle when it held in Rev. Rill. 85-118 (1985) that, in the case of a  child who is born alive aller surviving an attempted abortion, “expenses for an induced abortion… are not incurred for the benefit of the child” for purposes of the support test for the dependency exemption.