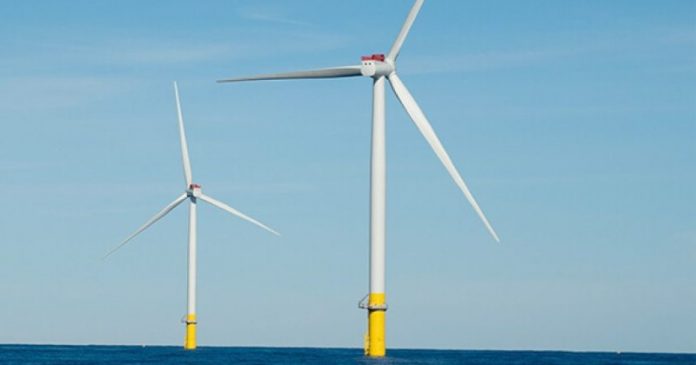 “Florida’s Gulf Test Range, located in the Gulf of Mexico, is one of the United States military’s most important testing and training areas. That is why the area has been protected by various policies and regulations since 1983, and Congress codified protections in 2006,” Rubio’s office noted. “Democrats want to change that. Buried in their $749 billion reckless climate and tax bill was a provision to strip previous protections and open the door to the construction of offshore wind turbines in the Eastern Gulf of Mexico. “

We write with the gravest possible concern about the national security implications of allowing offshore energy leasing and development east of the Military Mission Line in the Eastern Gulf of Mexico (EGOM). In 2006, Congress passed the Gulf of Mexico Energy Security Act (GOMESA) which prohibited oil and gas exploration and development, among other places, east of the Military Mission Line in the EGOM. In 2020, President Trump extended the protections for the Gulf Test Range by using his authority under the Outer Continental Shelf Lands Act to withdraw the submerged lands of the test range from consideration for energy leasing or development, providing certainty that the range would continue to serve U.S. national security needs. Unfortunately, the Inflation Reduction Act stripped that protection and opens the door to offshore wind development in the Gulf Test Range.

Energy development in the Eastern Gulf of Mexico would catastrophically jeopardize the Gulf Test Range, which is crucial to our readiness for a fight in the Indo-Pacific. According to a report required by the Fiscal Year 2018 National Defense Authorization Act:

The eastern Gulf of Mexico is an irreplaceable national asset… the unique capabilities present in the region have been developed over decades through the investment of billions of taxpayer dollars and countless hours of effort by federal, state, and private organizations and local citizens. No other area in the world provides the U.S. military with ready access to a highly instrumented, network-connected, surrogate environment for military operations in the… Indo-Pacific Theater. … No other area offers the DoD a comparable combination of air space, water space, and existing infrastructure to support military activities.

We must reinstate the moratorium on energy leasing and development east of the Military Mission Line in the Gulf of Mexico. As such, we introduced legislation and will seek to include language to protect our military asset in this year’s National Defense Authorization Act. We urge you to join us in protecting the critical capabilities the Gulf Test Range provides.