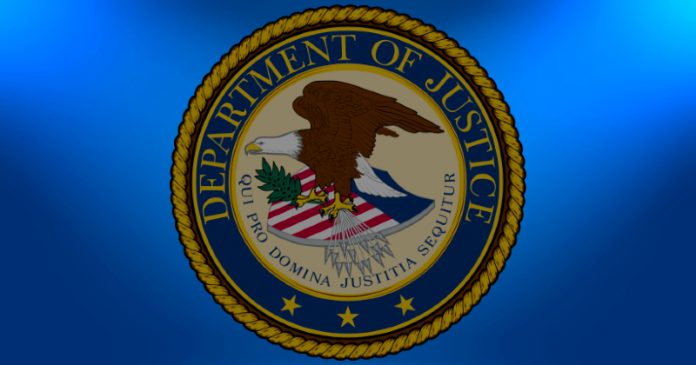 Florida Republican U.S. Sens. Marco Rubio and Rick Scott and U.S. Reps. Byron Donalds and Bill Posey signed the letter which is below.

We write in opposition to the U.S. Department of Justice’s (DOJ) interim final rule (rule) titled “Guidelines and Limitations for Settlement Agreements Involving Payments to NonGovernmental Third Parties” published on May 10, 2022. This rule revokes sound DOJ regulations that codified a prohibition, subject to limited exceptions, on the inclusion of provisions in settlement agreements directing or providing for a payment or loan, in cash or in kind, to any non-governmental person or entity that is not a party to the dispute.

During the Obama Administration, there was an emergence of corrupt settlement agreements that allowed defendants to enter into a quid-pro-quo agreement as long as some or all of the settlement funds were directed to politically favored groups. The Obama DOJ secretly negotiated settlements requiring defendants to pay “donations” to activist groups, including the National Council of La Raza, the National Fish & Wildlife Foundation, and the National Community Reinvestment Coalition. In exchange for every dollar of these mandatory “donations” made, defendants received two dollars credited towards their settlement obligations, thus greatly reducing the overall monetary amount to be paid out by the defendants.

This flawed practice continued until 2017 when the Attorney General issued a memorandum explicitly prohibiting these unauthorized third-party payments. Subsequently, DOJ codified this prohibition to protect victim compensation, restore confidence in the judicial process, and respect Congressional spending power. Now, this Administration seeks to revive this misguided practice, specifically circumventing Congress’s power to direct federal spending and subverting the will of the voters and their elected representatives.

In one particularly egregious example, the 112th Congress passed, and the President signed into law, a budget that specifically eliminated $80 million in funding to certain left-leaning advocacy organizations. However, the Obama DOJ was able to simply recoup these funds through its forced donation policy. Unelected and unaccountable bureaucrats do not have the power or the right to direct federal money, and this is particularly true when Congress has expressly acted to prohibit such funding.

Serious conflicts of interest arise and public trust is eroded when the DOJ requires defendants to donate to activist groups selected by the DOJ. What is even more alarming is the glaring lack of transparency; more than 11 years after the practice began, Congress and the American people still have no idea where or how the majority of funds directed to third parties, which amounted to hundreds of millions of dollars, was spent. By reviving this practice, President Biden is directly contradicting his promise to “usher in a new era of government transparency.” The American people should remain skeptical of the Biden Administration resuming this practice.

We are adamantly opposed to the Biden Administration’s decision to reinstate the unethical and controversial practice of forcing defendants to pay settlement monies directly to unrelated third parties, circumventing the Treasury and Congress. When the DOJ settles a legal matter on behalf of the United States, all settlement funds should go to the victims or the Treasury–and not directed to politically connected third party organizations. Restarting this practice would further the executive overreach of unaccountable bureaucrats picking winners and losers. Congress, and Congress alone, has the authority for directing federal dollars and we strongly reject any attempt of the executive branch to interfere with this responsibility.