The Florida Department of Juvenile Justice (DJJ) launched a new campaign this week to crack down on young people threatening violence at their schools while showcasing its app to report potential threats.

The department began the “It’s No Joke” campaign “to dissuade youth from making school threats, because doing so can lead to being arrested and charged with a felony.”

“We want young people in Florida to understand that, in today’s environment, every threat is taken very seriously and, even if made in jest, can lead to devastating consequences,” said DJJ Secretary Simone Marstiller on Monday. “There is nothing funny about threatening a school, and there is nothing funny about being charged with a felony. We want young people to think twice before casually threatening violence in their schools.”

According to DJJ, these offensives can include “false reports concerning a bomb, explosives, or firearms and possessing or discharging weapons or firearms on school property on a school-sponsored event.”

The new campaign will include outreach through social media and on gaming websites. DJJ is also highlighting an app to report potential threats.

“Youth, parents, and teachers are also encouraged to report any and all threats they see or hear,” DJJ noted. “They can notify law enforcement of a threat or can report a threat anonymously through Florida’s FortifyFL app, a suspicious activity reporting tool that allows you to instantly relay information to appropriate law enforcement agencies and school officials.”

Florida Education Commissioner Richard Corcoran threw his support behind the campaign and the app on Monday.

“Our top priority is the safety and security of students and teachers,” said Corcoran. “It is critical that students take threats very seriously and report suspicious activity. I encourage all students and educators to download the FortifyFL app to report potentially unsafe situations, which could prevent a tragedy.” 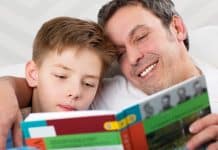 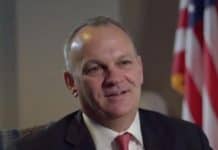