Insisting that Zhou Deyong, a Falun Gong practitioner, was detained by the Chinese Communist Party (CCP) and imprisoned under bogus charges last year, members of the Florida delegation are going to bat for him.

The letter to U.S. Sec. of State Antony Blinken is below.

We write to express our concern regarding Zhou Deyong, a Falun Gong practitioner, who was arbitrarily detained for peacefully practicing his religion. We fear for Mr. Zhou’s welfare while in the custody of People’s Republic of China (PRC) authorities, so we ask that you direct Ambassador Nicholas Burns to raise his case directly with his PRC counterparts and call for Mr. Zhou’s unconditional release.

Mr. Zhou was detained by authorities on April 23, 2021 in Dongying, Shandong, although police did not provide an arrest or search warrant. In addition to taking Mr. Zhou into detention, these security officials also raided his home and confiscated Falun Gong materials that reportedly belong to his wife, You Ling, a Falun Gong practitioner who resides in Florida. Mr. Zhou was formally tried on August 25, 2022 on the charge of “organizing and using a cult to undermine implementation of the law.”

As you know, the Chinese Communist Party (CCP) has instigated a now 23-year effort to forcibly eliminate Falun Gong from China. Banned as an illegal organization in 1999, Falun Gong practitioners have been arbitrarily detained, tortured, sexually assaulted, and forced to produce goods for export globally. Credible allegations of forced organ harvesting have also repeatedly surfaced. These are heinous human rights abuses that likely constitute crimes against humanity. We ask that you employ the tools available to you to sanction CCP and PRC officials responsible for the horrific human rights abuses targeting Falun Gong practitioners.

When we last wrote to you about Mr. Zhou’s case, the Department of State responded that it would consider opportunities to raise his case with PRC counterparts. We request an update on whether you have raised his case, the PRC’s response as well as information on how the Department of State is ensuring that the PRC is being held accountable for atrocities more broadly, including crimes against humanity and genocide. 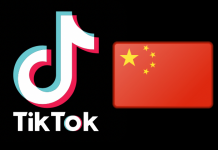 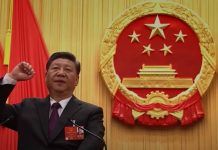