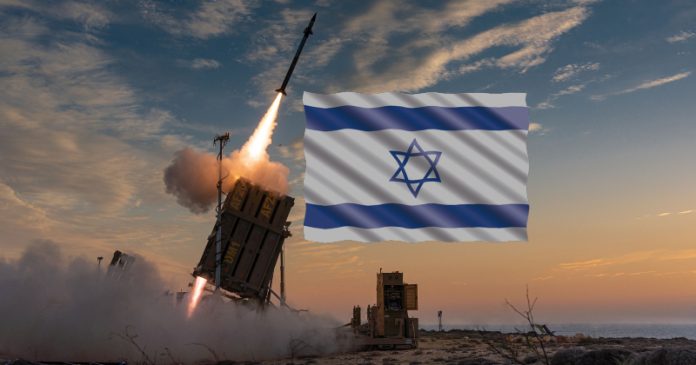 The senators called for $500 million to fund Israel’s missile defense system, which is made up of four operational layers: Iron Dome, David’s Sling, Arrow 2, and now Arrow 3. In addition to contributing to ballistic missile defense, the funding will support crucial work on research, development, and test activities to ensure our most important ally in the Middle East has the capabilities to defend itself against increasingly hostile unmanned aerial systems.

Thank you for this committee’s strong support of U.S.-Israel collaborative defense programs, including Iron Dome, David’s Sling, and Arrow, as well as our continued cooperative work on Unmanned Aircraft Systems (UAS). As you begin work on the Fiscal Year (FY) 2023 Defense Appropriations bill, we write seeking $500 million for continued support for these programs in order to meet the United States’ and Israel’s national security needs.

Israel’s missile defense system is made up of four operational layers: Iron Dome (short-range), David’s Sling (medium-range), Arrow 2 (longer range), and now Arrow 3 (very long range). The U.S.-Israeli cooperation has resulted in a system that can, and has, countered numerous missile threats from state and non-state adversaries in Gaza, Lebanon, Syria, Iran, and elsewhere. This system provides Israel with the ability to protect lives at home and on the battlefield, keeping its citizens and soldiers out of harm’s way.

Another area of critical importance to both the United States and Israel is in the field of UAS and, perhaps as importantly, counter-UAS. Iran and its proxies’ increased use and sales of UAS only heighten the importance of these systems. The collaborative defense program has created an important flow of data to support U.S. service members in theater, U.S. missile defense technology, and our strategic ally, Israel. Additionally, the programs support critical elements of the industrial base and important jobs in the United States through co-development and co-production agreements. For FY 2023, in addition to ballistic missile defense, $500 million will continue critical work on research, development and test activities to counter hostile unmanned aerial systems.

Together, these programs confront the compelling challenges facing both Israel and the United States and represent the security-based and economic tenets of the enduring friendship of our nations. We look forward to working with you on these important programs.