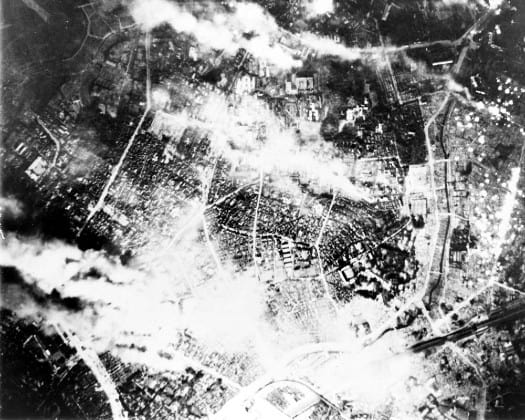 Last week, Florida’s two U.S. senators–Republicans Marco Rubio and Rick Scott–joined more than a dozen other senators from both parties n sending a letter to the U.S. Department of Defense Secretary Lloyd Austin requesting an exception “to allow the Defense POW-MIA Accounting Agency (DPAA) to proceed with immediate disinterment of the American service members who died in the 1945 Tokyo military prison fire and remain buried as Unknowns at the Manila American Cemetery and Memorial in the Philippines.”
.
The letter is below.

We request an exception to policy be granted to allow the Defense POW-MIA Accounting Agency (DPAA) to proceed with immediate disinterment of the American service members who died in the 1945 Tokyo military prison fire and remain buried as Unknowns at the Manila American Cemetery and Memorial in the Philippines.

Near the end of World War II, 62 American service members were held captive at a Japanese military prison located in Tokyo. In May 1945, the prison caught fire as the result of an American B-29 bombing raid and there were no survivors. Since these service members were originally buried together, U.S. Department of Defense (DoD) policy requires that the DPAA have Family Reference Samples (FRSs) or other medical means of identification available for at least 60 percent of the associated remains, before commencing disinterment. The DPAA currently has 37 FRSs for the 62 service members, which equates to 59.68 percent.

In other words, the families of these American heroes, who have waited more than 76 years to confirm what happened to their loved ones, are forced to wait on less than one percent. There are no guarantees when the DPAA will reach this threshold, and no guarantee that these gold star families will live long enough to get answers. Shortly after the war, the American Graves Registration Service was able to identify 25 of the 62 men who died as a result of the Tokyo military prison fire, and their remains were returned to the U.S. Thus, it is logical for the DPAA to exclude these men in their calculations, an action which would put the DPAA well beyond their 60 percent threshold, or, to conclude that if they were identified once that the DPAA is more than equipped to identify them again. Given the small margin less than one percent and the fact that almost half of the men were identified, these families have met the intent of the DoD’s instruction and should not have to wait any longer for answers.

Now is the time to take action on this case, in order to finally put these men to rest in the country that they died fighting so valiantly for. We appeal to this country’s sense of honor and commitment to do what is right by America’s service members. As a direct result of this tragedy, children were raised without fathers, families lost their sons and brothers, and the nation mourned the loss of these American heroes.

We implore you to grant an exception to policy, and look forward to working with you on this important matter.