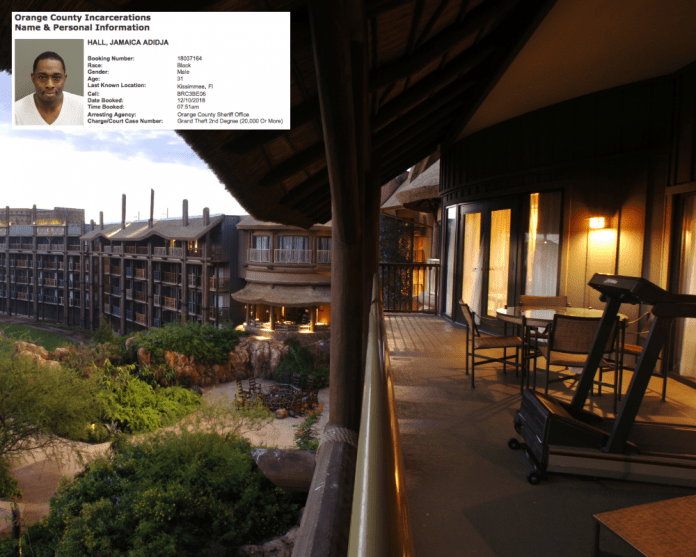 In Lake Buena Vista, Florida, authorities say a worker at a Walt Disney World hotel stole nearly $49,000 from the company as part of a fraudulent hotel guest refunding scheme.
According to the State Attorney’s office, Jamaica Adidja Hall, 31, of Kissimmee, was arrested after allegedly issuing fraudulent credit card refunds to guests at Disney resorts including the Animal Kingdom Lodge. Hall is accused of transferring those funds to his personal checking account, with the majority of the transfers occurring in 2016.
According to the Orlando Sentinel, Disney started an internal investigation that eventually led to the Orange County Sheriff’s Office getting involved.