Last week, a congressman representing parts of Southwest Florida drew attention to the growing problem of Hepatitis A in the Sunshine State.

While maintaining that his district was not facing a crisis, U.S. Rep. Francis Rooney, R-Fla., insisted the state has problem with Hepatitis A.

“With the increasing cases of Hepatitis A in the state of Florida, state Surgeon General Dr. Scott Rivkess recently declared a Public Health Emergency for the state,” Rooney’s office noted. “While Lee and Collier County currently have less than 80 cases of Hepatitis A in total, residents of Southwest Florida are encouraged to follow the directives from the Florida Department of Health and the Center for Disease Control. They are also advised to vaccinate against the virus and follow simple preventative measures like washing their hands regularly.”

Now in his second term in Congress, Rooney weighed in on the matter on Thursday.

“I appreciate the Surgeon General’s leadership in combating the current Hepatitis A outbreak,” Rooney. “It is immensely important to heed the messages from the Florida Department of Health and the Center for Disease Control. It’s encouraging to see the Surgeon General and CDC Director Redfield are coordinating their efforts to alert the public and help prevent this outbreak from further affecting Floridians and citizens across the country. ”

“Since 2018, there have been more than 22,000 cases of hepatitis A in the U.S. and more than 2,500 case in Florida. On Nov. 28, 2018, the Florida Department of Health (FDOH) issued a Hepatitis A health advisory emphasizing awareness and prevention through vaccination. After someone uses the bathroom—use soap and warm, running water and wash for at least 20 seconds,” the congressman’s office stressed. “Hepatitis A vaccination is the best protection against the virus. Most vaccinations come in two doses given six months apart.” 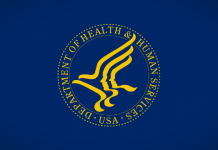 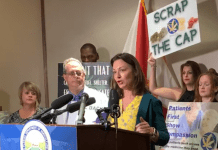