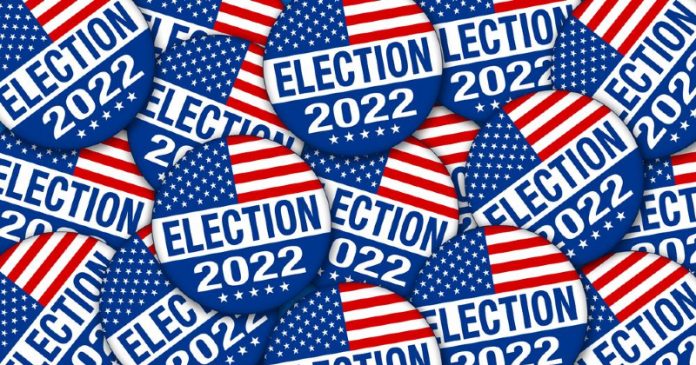 How frustrating it must be for Democrats to see the polls showing them on the losing side of every issue – from the economy to crime to immigration. No doubt that explains the growing urgency of the left’s assault on the Republican Party.

President Biden stoked the flames of hatred last week when he said, “This MAGA crowd is really the most extreme political organization that’s existed in … recent American history.”

“This MAGA crowd” refers to Republicans who still support former Donald Trump’s “America First” agenda, which means, of course, most Republicans. And since Democrats have spent the past seven years trying to destroy Trump, you can see why they are perturbed that he is the political equivalent of both an immovable object and an unstoppable force.

But really, does Biden expect any reasonable person to view the Republican Party as more extreme than the spawn of the Democratic Party, which over the years has sired mobs ranging from the Ku Klux Klan to Antifa? If so, what purpose could Biden have for painting the Republican Party as a dangerous, radical, fringe organization that can’t be trusted to govern?

Oh, I’m sorry. That should be obvious. It’s all about winning elections, and for Democrats that means they can say anything they think will help. “Pick the target, freeze it, personalize it, and polarize it.” That was the advice of Democrat community organizer Saul Alinsky, and the target – in case you hadn’t noticed – is the Republican Party.

Biden and his supporters would like to freeze the GOP as an instrument of insurrection, even though the Jan. 6, 2021 riot at the U.S. Capitol was an aberration that doesn’t represent the will of the party at all. But with Alinsky’s “Rules for Radicals,” facts don’t matter; rhetoric does. Thus, Democrats have “personalized” the Republican Party with the caricature of Donald “Big Lie” Trump who is mocked by late-night comedians and cable news pundits, and they’ve “polarized” it by giving a platform to useful idiots like Liz Cheney, Asa Hutchinson, and Larry Hogan while blacklisting MAGA loyalists, not to mention Trump himself.

But just in case the ridicule and hysteria about Trump doesn’t keep him from running for president in 2024, the Democratic Party and its allies are planning a rerun of their 2020 campaign to use courts, election officials, and the media to put Republicans on the defensive.

Actually, this campaign never stopped, and though Republican legislatures around the country have fought back with new laws to tighten election integrity, Democrats routinely complain that every change in policy is somehow a racist plot to prevent black people from voting.

Biden himself, in a speech to commemorate Black History Month in February, implied that Republican voting reform efforts are intended “to figure out how to keep the black vote … from even counting.”

Nothing could be further from the truth. Republicans are intent now more than ever on winning the votes of African Americans for themselves. That’s because Trump and other MAGA Republicans give minorities credit for wanting an equal share of the American dream, not more and not less, and because they expect all Americans to vote based on what’s good for them and not on what Democrats tell them is good for them. Economic prosperity is good for everyone. So are closed borders. So are safe streets. So – believe it or not – is election integrity.

Yet Biden’s hateful rhetoric encourages turning America into a racially polarized state where only Democrats care about minority rights.

The National Urban League advanced that dubious narrative with its 2022 “State of Black America” report released in April. The cover screams “Under Siege: The Plot to Destroy Democracy,” and the report itself is loaded with claims that Republicans are trying to “delegitimize the voices and votes of people of color,” “establish one-party rule,” and “rewrite history with racist rhetoric, lies and dangerous conspiracy theories.”

The report generally doesn’t attribute this anti-democracy plot to Republicans directly, but with enough references to the “Big Lie” and “Stop the Steal,” it’s not exactly a secret who the bad guys are supposed to be. And because the premise of the report is that the 2020 election was flawless, it goes without saying that any revisions to election law are intended to cause mischief and – in this case racist – mayhem.

According to the report, “black and brown voters are being targeted” by voting restrictions implemented since 2020. Mind you, there is no evidence that any voters are being singled out in a discriminatory way, just that they are affected in ways that the National Urban League objects to.

As examples of how minority voters are “targeted,” the Urban League cites bans on sending unsolicited mail ballot applications, voter ID requirements for either absentee ballots or in-person voting, limits on the number of drop boxes allowed, and banning of food and drink being given to people waiting in line to vote.

It is worth repeating that none of these laws target anyone by race, religion, or any other characteristic. When it comes to voting we are all members of a protected class – or we should be – and that is citizens of the United States. But it appears that the National Urban League feels minorities are adversely affected by laws that protect elections from being corrupted, so let’s consider some specific complaints.

Voter ID laws are almost universally opposed by elected Democrats on the alleged grounds that minority voters don’t have easy access to ID – you know, like driver’s licenses. Now, we can concede that many urban voters may have no need to drive and therefore don’t obtain a driver’s license, but that is not the only kind of ID. All states provide alternative forms of ID for people who don’t drive, and voting rules generally require something as simple as a utility bill addressed to your residence, a birth certificate, or a Social Security card. There are many alternatives, and urban residents use those alternatives for a variety of purposes less important than the sacred act of voting – to cash a check, say, or to board an airplane or train. But for some reason, the National Urban League and most Democrats insist that it is punitive and discriminatory (and racist) to ask African Americans to provide confirmation that they are legal registered voters.

There is a simple solution which any legislature, any nonprofit, or any political party can provide to make sure no one is prevented from voting because they lack ID – namely, funding programs to transport potential voters to government agencies where they can obtain legal ID. In 2022, everyone should have legal ID, and if the National Urban League is truly concerned about the problem of citizens without ID, they should turn their attention to that issue instead of promoting policies that encourage illegal voting.

As for the absurd claim that voters need to be fed and watered when they are waiting in line to vote, there is another simple solution: shorter lines. We are told that it is somehow a plot of old white men such as me to make sure that black voters in Detroit, Milwaukee, Atlanta, and Philadelphia have to wait in line for five to 10 hours to cast their vote. The idea being that long lines will discourage black voters (who are predominantly Democrats) from voting at all.

Hold on for a New York minute! How did little old me in Kalispell, Montana, get any influence on how voting is done in Atlanta? Aren’t almost all of those urban precincts controlled by Democrats? And if Democrats really cared about their constituents, couldn’t they work out some system so that voting doesn’t take 10 hours? How about hiring more poll workers? Or opening more polling places? Or training workers better?

If your voting system is broken, don’t just live with it – fix it!

And don’t listen to the empty rhetoric of Democrats who will say anything to get elected. They don’t seem to care who they hurt or how much they have to lie. A case in point is Rep. Eric Swalwell of California, who seized on the leaked Supreme Court opinion arguing for the overturning of Roe v. Wade to foment racial discord.

“The Republicans won’t stop with banning abortion,” Swalwell tweeted. “They want to ban interracial marriage. Do you want to save that? Well, then you should probably vote.”

How disgusting. No one in the Republican Party is trying to ban interracial marriage, and Swalwell knows it. He is a cheap demagogue who cares more about power than truth, and he isn’t unique among Democrats. But he is right about one thing: African Americans should vote. But they should vote with full knowledge of how they have been manipulated by Democrats and their own leaders. Punish the lie