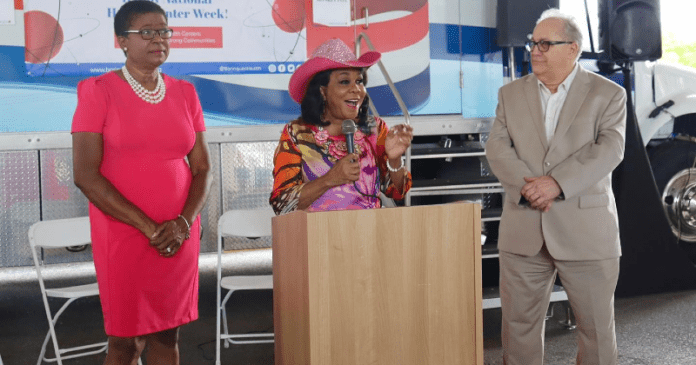 First elected to Congress in 2010 after a dozen years in the Florida Legislature, U.S. Rep. Frederica Wilson, D-Fla., is in great shape to continue her career on Capitol Hill.

While she is best known nationally for her collection of colorful hats, after more than a decade in Congress, Wilson has garnered stature on Capitol Hill through her work on committees. A former teacher, Wilson has proved herself a force on the U.S. Committee on Education and Labor, and leads the U.S. Higher Education and Workforce Investment Subcommittee. She is currently the fifth-ranking Democrat on the committee, though, at the age of 79, time is not on her side if she wants the gavel in the unlikely event the Democrats keep the House. Wilson has not made as much of a mark on the U.S. House Transportation and Infrastructure Committee, where more than a dozen Democrats have seniority over her.

Wilson represents parts of Broward and Miami-Dade Counties in a very secure district for Democrats. Only 13 percent of voters in this district are Republicans, while a solid majority–57 percent–are Democrats and 29 percent are outside the major parties. Joe Biden trounced Donald Trump here in 2020, with 74.1 percent backing the Democrat and the Republican getting 25.2 percent. Wilson remains very popular with local Democrats, taking 89.3 percent of the primary over Kevin Harris at the end of the summer.

Businessman Jesus Navarro is running against Wilson this time out. He pulled 64.7 percent of the Republican primary over Lavern Spicer back in August and conservatives will applaud many of his positions. But he doesn’t have much of a chance in this deep blue district to upend Wilson or to run a particularly close campaign.

Wilson’s in excellent shape to win another term in Congress. While Democrats will probably lose the House, Wilson has enough seniority and expertise to continue her role as one of the leaders on education in her caucus.