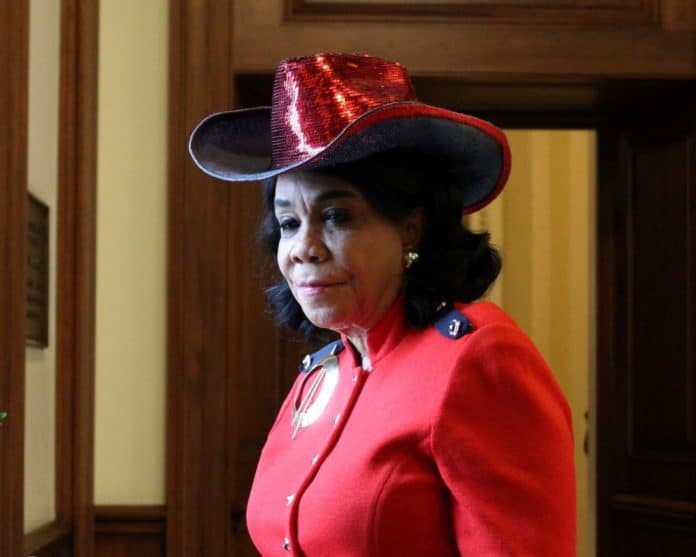 Some Democrats in the Florida delegation on Capitol Hill and key committee chairs are lining up behind a proposal to suspend deporting Haitians in the U.S. illegally during the coronavirus pandemic.

At the end of last week, U.S. Rep. Frederica Wilson, D-Fla., brought out the “Haitian Deportation Relief Act” which would suspend deporting Haitians in the U.S. illegally and would have the U.S. Department of Homeland Security (DHS) “prioritize migrants whose detention has been deferred and who do not pose a public safety risk for alternatives to detention.”

Wilson’s office offered some of the rationale behind the proposal this week.

“Haiti’s minimal public health infrastructure is at severe risk of being overwhelmed by the COVID-19 pandemic. A recent survey of 76 percent of health facilities in Haiti found only 124 ICU beds and the capacity to ventilate 62 patients in a country of 11 million people. Despite these dire statistics, the Trump administration is pressuring countries to continue accepting deportees. On April 10, the president issued a memo instructing consular officials to stop processing U.S. visas for countries that do not accept repatriated migrants,” Wilson’s office noted.

“Deporting people to Haiti in the midst of a global pandemic is both inhumane and unsafe. Continuing these flights will likely contribute to the spread of the novel coronavirus in the impoverished nation where many people do not have access to basic health care,” said Wilson. “That is tantamount to a death sentence for Haitians who are living with compromised water and sanitation systems and do not have access to the sanitation measures we’ve undertaken in the United States.”

The bill has the support of some leading Democrats in the House.

“ICE continues to deport people in the midst of a global pandemic and risks contributing to the spread of COVID-19. We simply should not be deporting anyone who has been in an affected facility, nor to countries such as Haiti that may struggle to respond to an outbreak,” said U.S. Rep. Bennie Thompson, D-Miss., the chairman of the U.S. House Homeland Security Committee. “I applaud Representative Wilson for her advocacy, and I am proud to join my colleagues in calling for deportation flights to be halted.”

“The Trump administration’s decision to continue deporting Haitians during a global pandemic is irresponsible and cruel. Even before the pandemic, Haiti faced a significant political and economic crisis,” said U.S. Rep. Eliot Engel, D-NY, the chairman of the U.S. House Foreign Affairs Committee. “These deportations are indefensible and must be halted immediately. I commend Representative Wilson for this crucial legislation.”

The bill was sent to the U.S. House Judiciary Committee at the end of last week. So far, there is no companion measure over in the U.S. Senate.