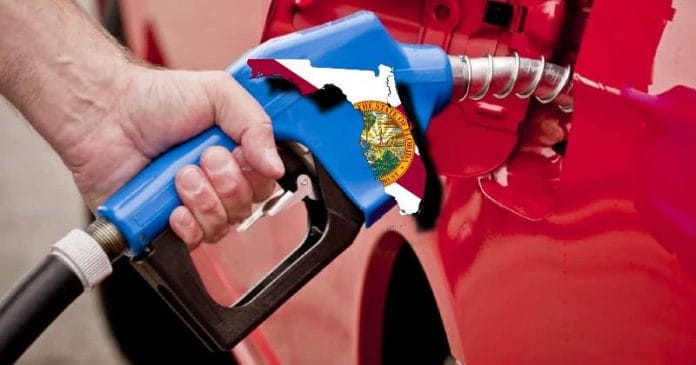 This week began with the average gallon of gas costing $3.39 in Florida, down seven cents from the start of last week. The national average stood at $3.61 a gallon on Sunday. While gas prices have, on the whole, dropped throughout Florida this month, AAA noted that prices at the pump remain higher than they usually are at this time of year.

“Despite the downturn at the pump, holiday travelers paid an average price of $3.41 per gallon on Thanksgiving day, which was the most expensive for the holiday in almost a decade (2013),” AAA noted. “Gas prices slipped even lower through the holiday weekend. On Sunday, the state average was $3.39 per gallon. That’s the lowest daily average price since November 2nd. The state average is now on a 17-day streak of declines, dropping a total of 19 cents during that time. “

“Gas prices are being pressured lower by steep drops in the price of oil, and strong gains in domestic gasoline supplies,” said Mark Jenkins, a spokesman for AAA and the Auto Club Group, said this week. “Unless there’s a shift in fundamentals, the state average could sink even lower this week, with the potential of dipping below $3.30 per gallon in the next week or two.”

AAA pointed out that oil prices have dropped almost 20 percent over the past three weeks.

“A price drop of that magnitude can trigger a 40-cent swing at the pump. So far, Florida gas prices have declined 20 cents during that same period,” AAA noted.

The West Palm Beach-Boca Raton area had the most expensive gas in the state, with an average of $3.59 a gallon, followed by Naples at $3.53 a gallon and Gainesville at $3.52 a gallon.

The Panhandle saw the lowest priced gas in the state, with Pensacola at $3.11 a gallon and Panama City and the Crestview-Fort Walton Beach market both at $3.12 a gallon.