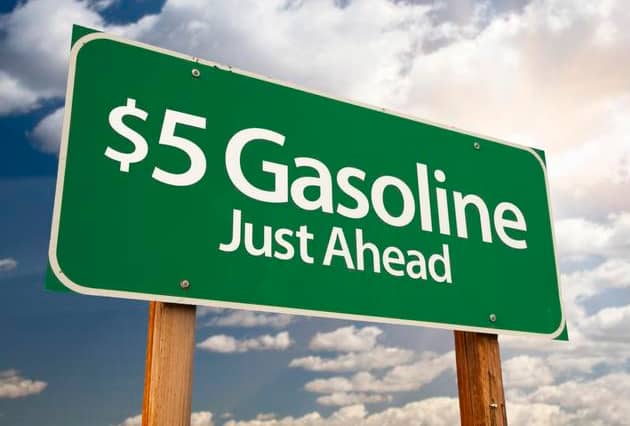 Florida gas prices are creeping closer to $5 a gallon.

Florida gas prices are now 66 percent more expensive than a year ago. It now costs $71 to fill an average size 15-gallon tank of gas. That’s nearly $29 more than what drivers paid a year ago.

“Unfortunately, the pain at the pump is likely to get even worse this week,” said Mark Jenkins, a spokesman for AAA and the Auto Club Group. “Gasoline made very strong gains in the futures market last week. When that happens, we normally see retail prices rise. It can take days or a week for pump prices to reflect the change, but It wouldn’t be a surprise to see retailers raise their prices another 20 cents by Monday night. At this rate, it sure seems like there’s very little resistance to rising prices at the pump, and $5 a gallon is quickly becoming a very real possibility this summer.”

Crude oil prices rose 3 percent last week on the futures market. Friday’s settlement of $118.87 per barrel was $3.80/b more than the week before. Gasoline future prices increased 24 cents per gallon from the week before, reaching a new all-time record high. Although OPEC+ announced plans to raise oil production by 648,000 barrels per day

The West Palm Beach-Boca Raton area had the most expensive gas in Florida on Sunday with an average of $4.90 a gallon followed by Fort Lauderdale and Miami which both saw an average of $4.79 a gallon.

Pensacola had the least expensive gas in the state with an average of $4.57 a gallon followed by the Crestview-Fort Walton Beach area at $4.59 a gallon and Panama City at $4.60 a gallon.