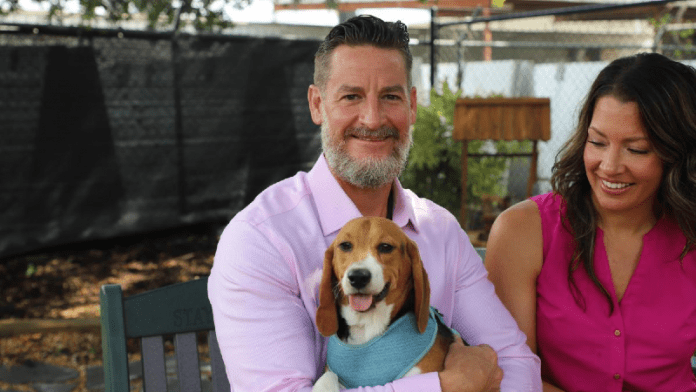 Back in August, Steube introduced the proposal “to prohibit taxpayer funding of any biological, medical, or behavioral research at the National Institutes of Health (NIH) that involves the use of a dog.”

U.S. Rep. Brian Fitzpatrick, R-Penn., was the original co-sponsor of the bill. Quickly after Steube introduced the proposal, four other House Republicans, including U.S. Reps. Brian Mast and Bill Posey of Florida, joined on as co-sponsors.

At the end of last week, at the Sarasota County Humane Society (HSSC), Steube met one of the 4,000 beagles rescued from Envigo which the congressman’s office called a “mass-breeding facility.”Almost 20 of those beagles were taken in by the HSSC.

“It is my pleasure to welcome the rescued beagles to Sarasota where each of them have already found a first-time, loving home,” said Steube. “Americans do not want millions of taxpayer dollars used on cruel dog experiments. I recently introduced the Protecting Dogs Subjected to Experiments Act to defund the NIH’s dog experiments and end the demand for mass-breeding facilities like the one these beagles came from. I thank the leadership and volunteers at HSSC for their enthusiasm in taking on this impactful task of finding the beagles homes in our community.”

“The Humane Society of Sarasota County recently welcomed ‘home’ 18 beagles who were destined for short lives in a lab for medical research. Watching these young pups explore life outside of a kennel for the first time drove home for us the importance of Rep. Steube’s bill. All of these dogs deserve kindness, love and to live their lives in a home,” said Anna Gonce, the executive director of HSSC.

Last month, Steube teamed up with Anthony Bellotti, the founder and president of the White Coat Waste Project. to pen a piece at the Daily Caller showcasing the bill.

“Taxpayers should not be forced to pay for dog abuse. We are working together to pass the Protecting Dogs Subjected to Experiments Act, which would zero out the NIH’s budget for dog experiments. It’s time to break this vicious cycle of fiscal irresponsibility and animal cruelty. Taxpayers will benefit, and thousands of puppies will be spared from death every year,” they wrote. “This common-sense bill will do just that: Stop the money. Stop the madness.”