The bill cleared the House back in April on a 415-2 vote as U.S. Reps. Lauren Boebert, R-Col., and Marjorie Taylor Greene, R-Ga., voted against it. Two members of the Florida delegation–Republican U.S. Reps. Byron Donalds and Scott Franklin–did not vote on the bill.

U.S. Sen. Jack Reed, D-RI, introduced the companion measure back in February and it cleared the U.S. Senate on a voice vote two weeks ago.

“This bill is about providing hope to those who are struggling with life-threatening illnesses. This federal program provides critical support in the advancement of research for better treatments and the infrastructure necessary to organize registries which help ensure transplant patients have access to life-saving procedures.  Its reauthorization is vital, and I am glad it was signed into law today,” Bilirakis said after Biden signed the bill on Wednesday. 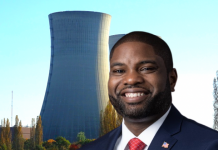