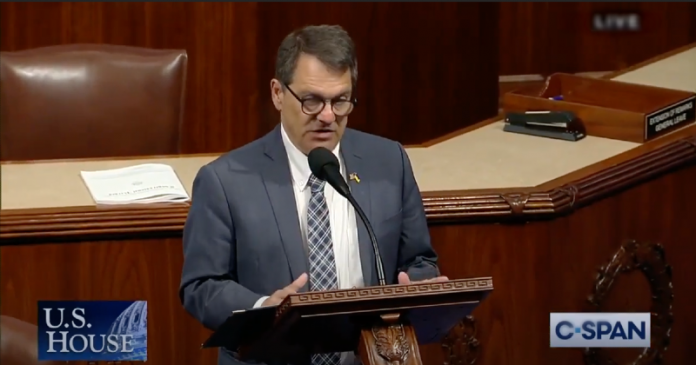 Last week, the U.S. Chamber of Commerce honored U.S. Rep. Gus Bilirakis, R-Fla., with the Advocate for American Business Award “for his bipartisan efforts to support small businesses throughout the nation.”

Moore Hallmark, the vice president and managing director for the U.S. Chamber of Commerce, presented Bilirakis with the award.

“Small businesses are the backbone of our economy, employing almost half of all Americans,” said Bilirakis on Friday. “Right now, they are struggling with raging inflation, workforce shortages, supply chain disruptions and excessive government regulation. I will keep fighting to address these challenges while working to create an environment in which innovation, competition, and opportunity can thrive.”

First elected to Congress in 2006 to replace his father, longtime U.S. Rep. Michael Bilirakis, R-Fla., the congressman is one of the top Republicans on the U.S. House Energy and Commerce Committee.

In November, Bilirakis faces IT professional Kim Walker, the Democratic nominee. Walker served in the Army and the U.S. Air Force and as a correctional worker. Bilirakis is a heavy favorite to continue to represent his solidly Republican district.