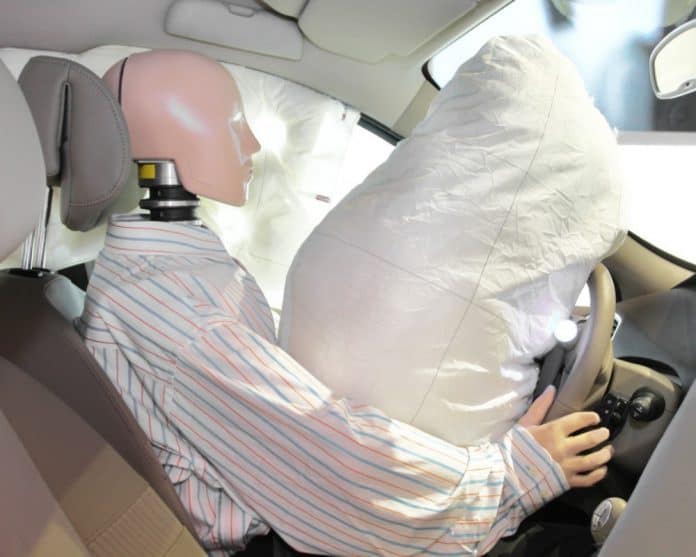 With the support of U.S. Reps. Kathy Castor, D-Fla., and Eleanor Holmes Norton, D-DC,  Bilirakis introduced the “Furthering Advanced and Inclusive Research for Crash Tests Act (FAIR Crash Tests Act).” The proposal “would order a comprehensive Government Accountability Office (GAO) study of current federal vehicle safety tests and how those tests impact the safety of all drivers and passengers and “requires a GAO evaluation of the National Highway Traffic Safety Administration (NHTSA)’s failure to use crash test dummies that represent the driving public, especially women, while assessing vehicle safety through its 5-star safety rating program.”

The congressman insisted his proposal would specifically help women.

“Current tests fail to use crash test dummies that are representative of women, especially in the driver’s seat, even though research suggests that women have a higher likelihood of being killed or significantly injured in a car crash.  Alarmingly, 8,500 women were killed in car crashes in the U.S. in 2018, with 61 percent of the women being in the driver’s seat,” the congressman’s office noted.

“When a vehicle has met or exceeded national safety standards- consumers should have every confidence the product has truly earned a safety seal of approval of the U.S. government.  I was startled to learn of allegations related to the gender inequality of auto safety tests.  I think of my wife, my mother, my sister-in law—and all the women in my life who have made what they believed to be informed purchases for their family automobiles.  I guarantee you none of them are aware of any gender disparity in the testing of the cars they purchase,” said Bilirakis.

“The idea that physiological differences between men and women can impact crash safety is pretty intuitive.  It seems logical to me that the required safety tests should reflect current demographic information regarding gender driving patterns:  meaning that the number of female drivers and the vehicles they want to drive should be used to determine how frequently female crash dummies are used in safety tests. This important legislation will modernize the tests being used and improve safety for all drivers,” Bilirakis said.

“The National Highway Traffic Safety Administration (NHTSA) is failing in its mission, and it’s tragically costing thousands of lives every year. Women are almost 75 percent more likely than men to die or receive a serious injury when they are involved in an automobile-crash, and it’s time we modernize tests and save lives. Millions of American women get behind the wheel of a car every day, and we must swiftly act to correct the inequalities in current tests and improve standards so that female drivers as safe as their male counterparts. This bill is a good first step to ensuring women are safe in cars and holding NHTSA accountable,” said Castor.

“Women have achieved equality on the road when it comes to driving, but when it comes to safety testing to keep them safe while driving, they are nowhere near to achieving equality,” Norton said. “Crash test standards are so antiquated that we must update these standards now, especially as more people return to their daily commute in the next few months.”

The bill was sent to the U.S. House Energy and Commerce Committee last week. U.S. Sens. Gary Peters, D-Mich., and Deb Fischer, R-Neb., are championing a companion bill in the U.S. Senate.