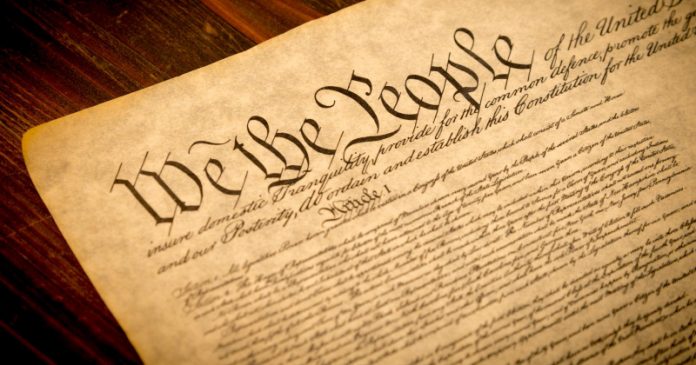 When we think of the United States Constitution, we probably consider the structure it gives to our national government. We may think of its presence at the center of political controversies past and present. Or we may think of ways in which the document has been neglected.

But as we mark the 235th anniversary of the Constitution’s signing on Sept. 17, 1787, it’s worth noting the positive ways in which our daily lives as individuals – and our shared lives as citizens – are profoundly shaped by that document.

First, the Constitution is a common reference point for American civic life. The Preamble tells us the Constitution’s purpose – one that “We the People” share together. It speaks of the need to maintain our “more perfect Union, establish justice, ensure domestic tranquility, provide for the common defense, promote the general welfare, and secure the blessings of liberty to ourselves and our posterity.” This purpose is as relevant today as it was in 1787. The founding generation certainly bore a heavy responsibility in adhering to these purposes, but each generation must do its part in the ongoing work of self-government. And each individual citizen is a shareholder in the enterprise of democracy.

Even with this shared mission, we don’t hold everything in common, and we never have. The second way in which the Constitution touches our lives is that it creates space for disagreement. It serves effectively as a framework for deliberative processes that are inclusive, civil, and dispersed. Our Constitution makes way for diversity and variety in a large and ever-growing country. It does this through representative institutions that encourage debate and participation and protect minority rights. The Constitutional Convention of 1787, and the ratification thereafter, was a remarkable demonstration of public deliberation, one that set in motion an entire regime centered on deliberative democracy.

The Constitution also makes way for a plurality of governing philosophies, partisan affiliations, and local and regional preferences through federalism. Federalism gives us a multitude of concurrent and overlapping local, state, and national jurisdictions in which we can participate in our own governance. This allows different levels of government to solve problems in different ways. While the national government is equipped to solve some of our problems, the state and local governments, and “the people,” as referenced in the Tenth Amendment to the Constitution – living their individual lives and taking part in civil society – are capable of solving most problems. Individuals, families, and communities are just as much a part of our constitutional order as is the government.

Finally, the Constitution is a framework for balance. It stands for order and freedom together or what has been called “ordered liberty.” Not only do we have institutional balance of powers, with checks and balances between the branches of government to prevent government overreach, but our constitutional system provides other kinds of balance as well. As Americans, we must understand the balance of rights and responsibilities we hold as citizens. Along with individual freedoms, we have civic commitments to our local communities, states, and nation.

Among our civic commitments is a responsibility to understand our Constitution. As we celebrate Constitution Day, we should do our best to pass along this knowledge to our children. Civic education is fundamental to the continuity of our free society. While we strongly contend for our positions in the political arena – left, right, and center – we are all inheritors of the Constitution. Let us join together this Sept. 17 to celebrate the Constitution and pass along its blessings of liberty to the rising generation.

Hans Zeiger is president of the Jack Miller Center for Teaching America’s Founding Principles and History, a national nonprofit organization that works with civics teachers, scholars, and concerned citizens to advance the teaching of American self-government. This article was originally published by RealClearEducation and made available via RealClearWire.