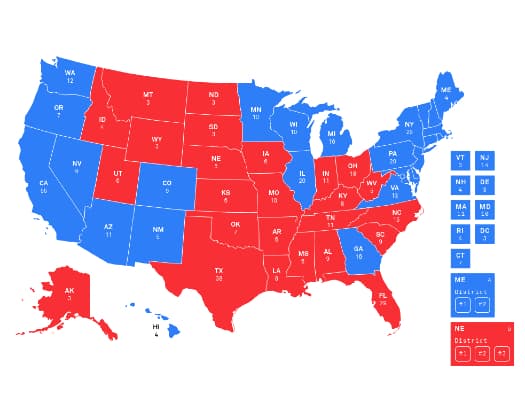 Should we eliminate the Electoral College used in presidential elections and replace it with the popular vote?

In the light of these questions, Americans can and should have an honest, robust national discussion about the consequences and repercussions–both good and bad–to our republic if we end the Electoral College and move towards choosing the president by popular vote. Then, we should decide whether or not to amend the Constitution to change how we choose our presidents.

One step we could take would be setting up a national ad hoc commission to ensure that the Electoral College debate will be robust instead of shallow, simple and disingenuous arguments from conservatives and liberals who actively mislead the American people. Their arguments are so manipulative as to prey upon citizens who no longer are educated sufficiently to be discerning voters. These arguments have been so unfairly, so sadly and so disconcertingly misleading as to betray us. These types of arguments are a veritable evil.

A friend of mine recently asked, “Why would we ever want any other method” than the popular vote to pick the president? Based on a detailed study too lengthy and comprehensive to set forth here, the answer is that one would want to retain our Electoral College presidential election process if one wants to perpetuate our federal Union of sovereign states.

However, neither the roles of the federal Union or the Electoral College are currently understood, thanks in large part to our two nationalized major political parties.

So, to put the question differently, why would one want to transform our representative presidential election system into a party-driven “popular vote?”

There are several reasons to make this change and not all of them are positive. One reason would be to install a party-driven quasi-parliamentary federal government system, thereby rendering the president into something like a prime minister elected to represent and lead the particular political party that wins a national popular vote. However, this makes the winning political party the key.

Changing the current way we hold presidential elections could eliminate the presidency’s fundamental role as head of state of our federal Union of sovereign states, which distinguishes us from all other democracies in the world. This would result in making the American president into a quasi prime minister without the gravitas of being the Union’s transcendent head of state;

Abolishing the Electoral College would render the states irrelevant in electing the president, essentially undoing our federal Union by reducing the states to the status of mere administrative “prefects” hidden in a political-party-controlled unified quasi parliamentary federal government;

Eliminating the Electoral College would show we accept our shallow nationalized political parties as the chief driving force in our politics. Our political parties have already lost the ability to balance, compromise and recalibrate their members’ conservative and liberal views, something they need to do every four years. Ending the Electoral College would result in all or nothing congressional debates with no room for compromise.

One last caveat. While it might be time to ask Americans to vote to amend the Constitution to make these fundamental transformations of our federal system and to reject the Electoral College, doing so ought to be accomplished only with an in-depth national discussion that is informed, fair, forthright and devoid of the prevailing disingenuity that is preying upon American voters who are ill-prepared to discern the consequences of such a drastic transformation of our existing constitutional system.

Henry Kenza (Ken) van Assenderp is a Tallahassee attorney and counselor at law since 1974. He has helped a variety of clients throughout Florida accomplish their goals in matters ranging from new community land use, growth management, property tax, special assessment, independent infrastructure special district, high-speed rail, constitutional law and policy. He has conceived and written innovative landmark laws and has won several important state appellate cases. Gov. Jeb Bush appointed him to an elections standards, technology and procedures task force after the 2000 presidential election. Gov. Reuben Askew appointed him to the new communities task force. He is registered with no party affiliation.