The anti-Trump “resistance” inadvertently coined the perfect slogan to describe the booming economy under President Trump: “This Isn’t Normal.”

The latest batch of economic data reveal that, contrary to liberal predictions of a looming recession, the U.S. economy is continuing to build steam after its historic performance in 2018. Wages are rising steadily, more Americans are entering the labor force, and jobs are being created faster than ever.

President Obama infamously told us, in his condescending way, that we would just have to get used to a “new normal” of chronically high unemployment and stagnant growth rates of 2 percent or lower. According to that dismal theory, there’s definitely nothing “normal” about the thriving economy that President Trump’s policies have created.

In December alone, the U.S. added 312,000 new jobs, almost all of them in the private sector. That’s nearly double the number of jobs that economists had predicted, and coincides with upward revisions in the reports for October and November that show an additional 58,000 new jobs were created during those two months than initially thought.

Overall, the U.S. gained a whopping 2.64 million new jobs in 2018, reflecting a stellar economy that generated higher GDP growth than any full year since well before the Great Recession.

The unemployment rate did nudge up slightly despite all those new jobs, rising from a 49-year low of 3.7 percent to 3.9 percent — a level that America only reached once between 1969 and the beginning of Donald Trump’s presidency. Even that is actually good news, though, because it’s primarily due to an increase in the labor force participation rate, meaning more Americans are actively seeking work as President Trump’s economy creates unprecedented levels of opportunity at every strata of society.

Companies are creating new positions at such a breakneck pace, in fact, that wages are continuing to rise despite the fact that more people are entering the workforce. The average hourly wage rose 0.4 percent in December, to $27.48 per hour, pushing total wage gains for the year to an impressive 3.2 percent.

In the face of this glut of good news, the mainstream media are grasping at straws in a desperate bid to discourage people’s natural enthusiasm for the Trump economic boom.

The Washington Post, for example, went with the predominant liberal narrative that recent stock market volatility is the canary in America’s economic coal mine. In its article reluctantly acknowledging the positive data, WaPo makes sure to drop in an ample supply of vague and nonsensical predictions of an impending economic catastrophe, such as implying that the boom might be ending because crude oil prices have been falling.

Yahoo Finance took a somewhat different approach, but with the same objective in mind, contrasting December’s impressive economic performance with warnings that “other key indicators of economic strength…have begun to deteriorate.”

The data it cites, however, include indicators like rising mortgage rates, which are not intrinsically related to the health of the economy, and a six-month low in consumer confidence, which the article includes without bothering to mention that the index remains near an all-time high after the surge of optimism generated by President Trump’s election in 2016 and his policy successes since then.

Liberals are clearly hoping that such rhetorical sleight-of-hand will fool Americans into believing that there actually is something wrong with the economy, but they have their work cut out for them. It’s often said that all politics is local, and it’s hard to get much more local than someone’s workplace — the hundreds of thousands of newly-employed Americans, and the millions of others who are enjoying higher wages and improved job security, would likely take issue with the doom-and-gloom narrative being peddled by the mainstream media.

That’s because anyone who has lived through the past decade of economic stagnation knows that what we’re currently experiencing most definitely “isn’t normal.” If the economy keeps expanding at the current pace, though, we might have to start talking about a new “new normal” before long.

Herman Cain is former CEO of the National Restaurant Association and a former presidential candidate. 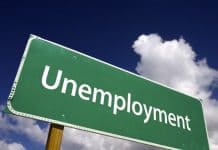 After Hurricane Ian, Unemployment Rate in Florida Rose to 2.7 Percent in October 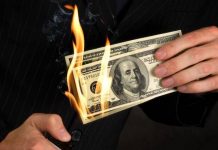