While homelessness has increased at the national level in 2018, it declined in Florida and 30 other states, according to a report from the U.S. Department of Housing and Urban Development (HUD) released on Monday.

“HUD’s 2018 Annual Homeless Assessment Report to Congress found that 31.030 Floridians experienced homelessness on a single night in 2018, a decrease of 3.6 percent since last year. Meanwhile, homelessness among veterans decreased 9.7 percent while during 2011-2018 decreased 54.9 percent. Homelessness experienced by families with children decreased 3.1 percent statewide since 2017,” HUD noted on Monday. “As in previous years, there is significant local variation in the data reported from different parts of the country.   Thirty-one (31) states and the District of Columbia reported decreases in homelessness between 2017 and 2018 while 19 states reported increases in the number of persons experiencing homelessness.”

“Our state and local partners are increasingly focused on finding lasting solutions to homelessness even as they struggle against the headwinds of rising rents,” said HUD Secretary Ben Carson. “Much progress is being made and much work remains to be done but I have great hope that communities all across our nation are intent on preventing and ending homelessness.”

“Communities across the country are getting better and better at making sure that people exit homelessness quickly through Housing First approaches,” said Matthew Doherty, the executive director of the U.S. Interagency Council on Homelessness. “We know, however, that a lack of housing that people can afford is the fundamental obstacle to making further progress in many communities.”

“While we are making progress in defeating homelessness, but we have much more work to do,” said HUD Region IV Administrator Denise Cleveland-Leggett. “Thanks to our partners we are continuing the fight to prevent and end homelessness in our communities one person, one veteran and one family at a time.”

Still, thanks to rising homeless populations in 19 states–and a 3 percent increase in New York City–the number of homeless people rose in 2018.

“Homelessness increased (though modestly) for the second year in a row,” HUD noted in the report. “The number of homeless people on a single night increased by 0.3 percent between 2017 and 2018. The increase reflects declines in the number of people staying in emergency shelters and transitional housing programs being offset by increases in the number of people staying in unsheltered locations. Between 2017 and 2018, the unsheltered population increased by two percent (or 4,300 people).” 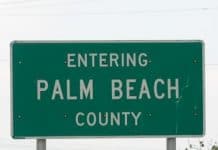