The U.S. Department of Housing and Urban Development’s (HUD) Office of HIV/AIDS Housing announced that it will send more than $6.5 million to the Sunshine State.

The funds are part of $41 million in grants from the Housing Opportunities for Persons With AIDS (HOPWA).

“The importance of affordable housing and access to inclusive, non-discriminatory supportive services for low-income persons living with HIV/AIDS cannot be understated,” said U.S. HUD Sec. Marcia Fudge. “Housing is a powerful structural intervention in ending the HIV/AIDS epidemic and this funding will provide grantees and their partners the opportunity to make a real impact in their communities.”

“In April, HUD announced the HOPWA Notice of Funding Opportunity (NOFO), which allowed applicants to submit proposals aimed at creating and implementing new projects that align with initiatives to end the HIV/AIDS epidemic and to elevate housing as an effective structural intervention in ending the epidemic,” HUD noted. “The HOPWA grants are a part of HUD’s mission to providing access to high-quality and culturally competent services, including housing and supportive services that are non-stigmatizing, non-discriminatory, inclusive, and responsive to the needs of persons living with HIV/AIDS. Housing instability has been a major issue facing
many persons living with HIV since the beginning of the epidemic.” 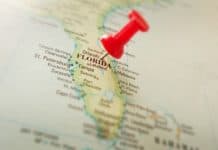