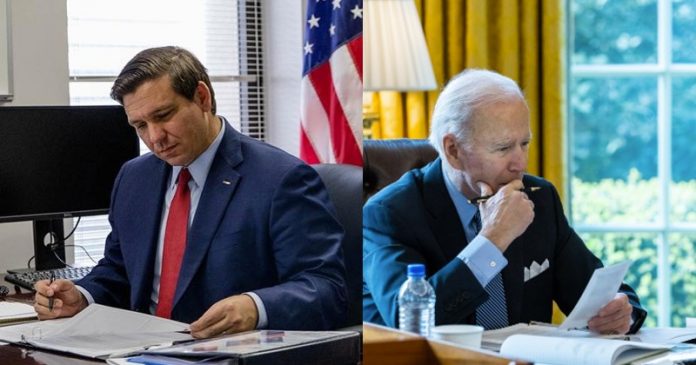 At the end of last week, Florida Chief Financial Officer (CFO) Jimmy Patronis issued the following statement on the U.S. Labor Department’s report that inflation hit 8.6 percent in May, which is a four-decade high.

Patronis pointed to Gov. Ron DeSantis’ actions in fighting inflation, insisting they have helped, including the $200 million gas tax cut.

“As the poor and middle class continue having their savings siphoned away by historic inflation, the Biden administration’s strategy of finger-pointing has yet to deliver any results for anyone in the country. Instead of putting forward any meaningful proposals, we saw Treasury Secretary Janet Yellen this week go through her various stages of grief as her denial of inflation ultimately turned into acceptance. There are millions of ways the federal government could reduce costs on American families by cutting regulations, supporting America’s energy sector, and addressing ongoing supply chain issues. Unfortunately, the Biden administration is made of career bureaucrats who have never had to deal with signing paychecks, or starting and running a business. They are completely disconnected from the challenges that Americans who don’t live in Washington D.C. are enduring, and it shows. Thanks in large part to Governor Ron DeSantis, Florida stands in complete contrast to the Washington establishment. This session, the governor delivered $1.2 billion in tax relief, including a $200 million gas tax cut for the month of October that will maximize benefits to Florida residents,” Patronis said on Friday.

According to an analysis by the Department of Financial Services, the fourth quarter of any given year results in the least amount of tourists, maximizing the October’s gas-tax benefit to Florida residents. According to the analysis:

• Starting the season off with the third quarter at 28.5 million visitors, a drop is experienced in the fourth quarter to 27.1 million on average, or a drop of approximately 5 percent.

• Turing into the winter season (first quarter) an increase is seen to 30.5 million or an increase of 12.4 percent on average, this over the fourth quarter (or 6.8 percent with respect to the third quarter).

• Spring, or Spring-Break (second quarter) is the visitor high season for Florida, with on average 31.2 million visitors. This represents an increase of 12.5 percent over the seasons’ start in the third quarter.

“The governor also vetoed over $3 billion in spending so that Florida is better prepared for the expected stagflation that Biden and his team of ‘experts’ are creating. Florida is able to provide this tax relief while having plenty of cash-on-hand because of the Governor’s decision to keep Florida open, while battling COVID-19, which has created a more resilient economy – of which people from states like New York and New Jersey are flocking to in droves,” Patronis said.

According to the Department of Financial Services report:

• Even after the global pandemic, Florida’s economy continued to grow and outpace the US economy.

• Florida’s finance and real estate industries suffered no economic dip due to COVID-19. 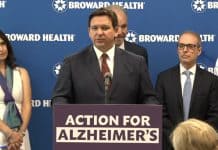