Biden scored a 84 – 7 percent favorability rating among Democrats and a 60 – 21 percent rating among voters under the age of 35.

Results for other potential contenders include:

U.S. Sen. Bernie Sanders, I-VT : Scored 44 percent favorable to 42 percent unfavorable. including a 74 percent favorability among Democrats and 57 percent favorability among voters under 35. Ironically, the septuagenarian;s most consistent demographic group for favorability and overall support comes from younger voters particularly among college students who have yet to enter the U.S. workforce as legal adults. Sanders endorsed Andrew Gillum, which ultimately may have hurt Gillum’s chances of winning independent male voters across the state.

U.S. Rep. Beto O’Rourke, D-TX : Scored 24 percent favorable to 20 percent unfavorable, with 55 percent who haven’t heard enough about him to form an opinion. Democrat leaders including Rahm Emmanuel are already criticizing O’Rourke’s 2020 campaign posturing due to the fact he could not defeat U.S. Sen. Ted Cruz, R-Tx., even with major campaign donations flooding in from across the country though Texas is usually a lock fro Republicans. 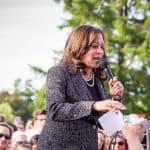 Many Floridians and political pundits recall the November 6 Quinnipiac poll results which showed Tallahassee mayor Andrew Gillum with a seven-point lead over Florida Governor-Elect Ron DeSantis, a gauge ultimately among the least accurate for the 2018 Florida Gubernatorial race. Despite that poor performance, Quinnipiac University’s poll maintains a strong following among major media and politicians.