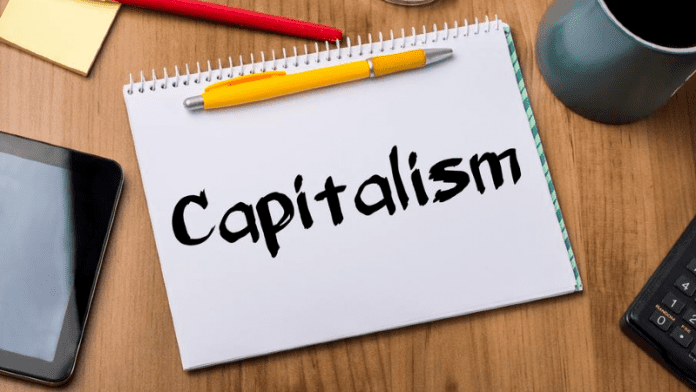 Almost every day, there is a news story or opinion piece blaming a societal problem on capitalism. A recent one blames capitalism for destroying art, citing Warner Brothers cancelling the release of Batgirl. While sometimes it seems that people are just looking for some kind of scapegoat, there continues to be deep skepticism about capitalism, especially among young Americans. When skeptics and advocates talk about capitalism, are we really speaking the same language when we use the word? Though some critics have a deep understanding of different economic systems, new evidence shows how many are confusing free markets with cronyism. This confusion hinders coherent policy discussions, as well as the future of economic freedom and flourishing.

In what has been referred to as “the hockey stick of human prosperity,” there have been huge advances in human prosperity in the last 200 to 300 years after centuries where the world was extremely poor. To better understand why young adults are so skeptical of capitalism — despite the important role that free markets have played in enabling this prosperity — we conducted a survey of 2,000 students at 130 four-year universities and colleges across the U.S., examining how their conceptions of capitalism relate to their attitudes about it.

We found much disagreement among students about what is meant by capitalism. When presented with a free market definition (“property is privately owned, exchange is voluntary, and production and pricing of goods/services are determined by market forces”), a cronyism definition (“corporations utilize grants, special tax breaks, political connections, and special rules that favor them…”), and the option of “I’m not sure,” 49 percent chose the free market definition, while the remaining 51 percent chose cronyism (36 percent) or indicated being unsure (15 percent).

Moreover, the pessimistic views toward capitalism may be fostered by professors’ views. Of students reporting that professors have expressed views on capitalism, 62 percent say such views have been negative.

As pointed out in a recent study by Peter G. Klein and several colleagues, confusing capitalism with cronyism may result in decisions and policies that are harmful to society. They point to other studies which link a number of societal problems often attributed to capitalism — poor child health, weak environmental protection, higher income inequality, poor infrastructure quality — to cronyism instead.

They also point to an unvirtuous spiral that occurs as a result of such confusion. Policy responses that wrongly target market capitalism result in more government intervention in the economy, which creates even more opportunities and incentives for firms to engage in cronyism. This leads to additional harm and distrust in capitalism.

Two recent examples illustrate this unvirtuous spiral. Recent supply chain disruptions are at least partially rooted in cronyism, with dockworkers unions fighting port automation for decades and lobbying various governments to prevent it, and with the Jones Act preventing non-U.S. owned, built, and crewed ships from transporting goods between U.S. waterway ports. This has led to calls for “reshoring” with trade tariffs and corporate giveaways to bring supply chains “back home.” Not only do such policies harm consumers and taxpayers, they incentivize firms to engage in lobbying to make sure the “wrong” products are charged tariffs and the “right” ones receive subsidies — a recipe for more of the type of government favoritism that sours the reputation of capitalism. One needs to look no further than the tariffs imposed on steel, aluminum, and Chinese products by the Trump administration to see how they can encourage lobbying and harm small businesses.

As another example, the important role played by cronyism in hindering the technological progress and institutions needed to combat climate change in developing countries has been ignored by those blaming capitalism for the problem. Policies for combatting climate change have amounted to favoring one technology over others through subsidies, banning other tech, and micromanaging which solution is best through regulations such as building codes. Again, this type of intervention necessarily favors some businesses over other, potentially more environmentally friendly ones, and invites the political lobbying that characterizes cronyism. A great example of this type of cronyism and its implications is the failed Solyndra, a company that went bankrupt shortly after being given $535 million in loans in the Obama administration, where political lobbying played a huge role. Such lobbying incentives are eventually blamed on “capitalism” and further intervention will be sought.

There are many more such examples. To the extent that we fail to distinguish capitalism from cronyism and treat the wrong disease, we’ll get more cronyism and distrust of honest capitalism will only grow. And however one feels about market capitalism, if America is to continue as the world’s largest economy and a hub of experimentation, innovation, and opportunity, plenty of it will be necessary. This requires, at the very least, a common understanding.

We believe this effort needs to start in universities, the institutions responsible for forming many of our future leaders. The results of our survey suggest there is much work to be done.

John Bitzan is Menard Family Director of the Sheila and Robert Challey Institute for Global Innovation and Growth, North Dakota State University. Clay Routledge is Vice President of Research and Director of the Human Flourishing Lab at the Archbridge Institute. This article was originally published by RealClearPolicy and made available via RealClearWire.