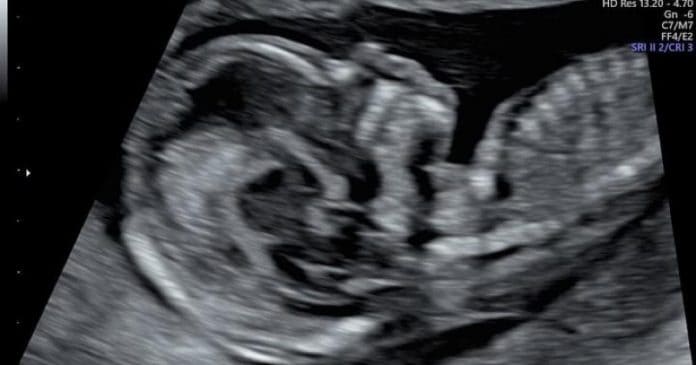 The right to life is the most sacred right we’re afforded. This Friday, Americans from across the country will come together at the March for Life, an annual event that joins all those fighting for the unborn. Given the Democrats’ increasingly insensitive and anti-science pro-abortion agenda, our call to fight for the sanctity of life has never been greater.

With the right to life under attack, it is crucial to vote Republican up and down the ballot in the November 2022 elections. As your congresswoman, I will fight every day against senseless Democrat attempts to take away the rights of the unborn.

Liberal politicians reject what science tells us and embrace unpopular abortion policies completely detached from the American mainstream. Recently, Democrats attempted to abandon decades of bipartisan consensus by not including the Hyde Amendment, which prevents taxpayer dollars from funding abortion, in their tax-and-spend “Build Back Broke” agenda. Not only do polls show that Americans do not want the federal government to fund abortion, but also that a majority of Americans back significant limits on abortion. Democrats have never been more clear: there’s simply no place in their party for pro-life voters.

Thankfully, there are conservatives across the country who have been vocal in supporting the pro-life movement and stopping the Democrats’ abortion-on-demand agenda. Florida Republicans have stepped up in the fight to stop Democrats from imposing their out-of-step abortion agenda on Americans. As the co-chair of the House Pro-Life Caucus, I remain committed to protecting the most vulnerable among us. That’s why I was honored to lead the charge for the Born-Alive Survivors Protection Act and why I continue to fight every day to protect the Hyde Amendment to ensure that no taxpayer dollars are used to fund abortions.

For years we have seen the Democrat Party’s platform grow more and more radical. Democrats across the nation have campaigned on brutal and inhumane abortion proposals, such as permitting abortion up until the moment of birth and infanticide.

The Democrats’ callous stance on abortion is a threat to our nation and a direct threat to the unborn children who cannot defend themselves. Since the passing of Roe v. Wade, abortion has taken the lives of more than 60 million babies.

Roe’s viability standard is in line with that of China and North Korea. Here in Florida, we soundly reject these authoritarian, anti-life ideas and will continue to pass legislation to protect our most vulnerable and to ensure that everyone has the right to Life, Liberty and the pursuit of Happiness. Floridians have always stood for the principles of freedom and opportunity for all, which is what makes our state great. We strongly believe that these principles apply to all individuals, even to those still in the womb.

The Democrat Party often claims to be the “party of science,” however, their stance on abortion contradicts this notion. Since the 1973 Roe v. Wade decision, modern medicine has made significant advancements that show us the undeniable humanity of a 15-week-old child in the womb, but Democrats continue to push the notion that a child is merely a “clump of cells.”