In a high profile contest featuring many attack ads, Ausley took 53 percent, enough to beat back the spirited challenge of Republican Marva Preston.

First elected to the Florida House in 2000, Ausley faced term limits in 2008. She was the Democratic nominee to be state CFO in 2010 but lost to Republican Jeff Atwater. Ausley bounced back to win her current state House seat in 2016.

Ausley weighed in after her win on Election Night.

“My family and I spent the last day of the campaign together touring this beautifully diverse 11 county district. Having spent my life in the Big Bend, it is truly an honor that the citizens of Senate District 3 have put their trust in me to serve as their next Senator. Bill Montford and Al Lawson leave big shoes to fill, but I am up to the task and will look forward to their guidance as we move from what has been a tough campaign trail to governing in these challenging times. I will continue to fight for our children and our public schools, to protect our land and water, and to strongly advocate on behalf of our state workers. I am also committed to be a voice for rural Florida, particularly our neighbors that are still struggling to recover from Hurricane Michael. Thank you to all of our supporters who put in so much time and effort to help us get across the finish line,” Ausley said.

She will represent all of Calhoun, Franklin, Gadsden, Gulf, Hamilton, Jefferson, Leon, Liberty, Madison, Taylor and Wakulla Counties in the Senate. 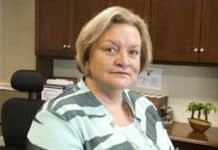 Julie Jones Taking Over as Deputy CFO Under Jimmy Patronis