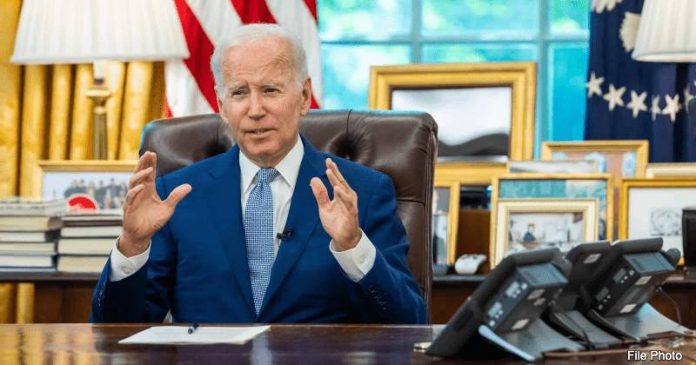 We write to express our grave concern regarding recent reports of actions taken by your administration to collude with social media platforms to censor Americans’ speech under the guise of “misinformation, disinformation, and malinformation.” Your administration has actively pursued an end-run around of the First Amendment in a coordinated effort that has culminated in social media platforms censoring Americans’ speech at the request of the government and through backdoor channels, without regard for Americans’ civil liberties. It is not, and should not be, the responsibility of the U.S. Department of Homeland Security (DHS), or any government agency, to be the final arbiters of what speech can be deemed true or acceptable.

It is clear that this has been a coordinated effort throughout your administration. In April, your administration announced the creation of the “Disinformation Governance Board,” whose mission was to discredit and remove speech that it deemed disinformation. Thankfully, due to bipartisan pressure, DHS officially dissolved the Disinformation Governance Board in August. However, instead of heeding extensive criticism of the board, it appears efforts to censor Americans’ speech have only been driven further underground, where the censorship campaign has continued free from public scrutiny and without transparency. In fact, despite the dissolution of the Disinformation Governance Board, the censorship operation actually expanded to other agencies, including at the newly minted “Misinformation, Disinformation and Malinformation” team within the Cybersecurity and Infrastructure Security Agency (CISA), whose mission is to “counter all types of disinformation, [and] to be responsive to current events.” In order to achieve its goal, your administration has systematically and improperly pressured social media companies to moderate content, limit free speech, and control what Americans see online. In fact, Facebook developed a portal specifically designed to identify and process content that officials of the U.S. government flag as problematic.

Furthermore, despite these past missteps and bipartisan concerns, a CISA advisory committee drafted a report in June requiring CISA to monitor “social media platforms of all sizes, mainstream media, cable news, hyper partisan media, talk radio and other online resources” to prevent the “spread of false and misleading information.” Additionally, according to a recent report from the DHS Office of Inspector General, the censorship campaign has also spread to other agencies despite lacking authorization from Congress to do so. At the U.S. Customs and Border Protection, Office of Digital Engagement, government personnel are now “determin[ing] whether information about the component spread through social media platforms like Facebook and Twitter is accurate,” along with the Secret Service, Immigration and Customs Enforcement, and the Science and Technology Directorate, who also work to counter campaigns on social media that they classify as disinformation.

When the federal government colludes with social media platforms behind closed doors to censor Americans’ speech, it sets a dangerous precedent that cannot be easily undone. Without transparency, authoritarians masquerading as elected officials will continue their campaign of pressuring social media platforms to censor content that is not government approved, chilling free speech and causing irreparable damage to democratic institutions in the process.

With these concerns in mind, we request answers to the following questions:

3. Does DHS, or any other government agency, plan to target purportedly inaccurate information online, including regarding the origins of the COVID-19 pandemic, racial justice, the Afghanistan withdrawal, or the war in Ukraine? If so, which agencies, and by what guidelines will those agencies decide that such information is inaccurate and will be targeted?

Thank you for your attention to this serious matter. We look forward to your response.