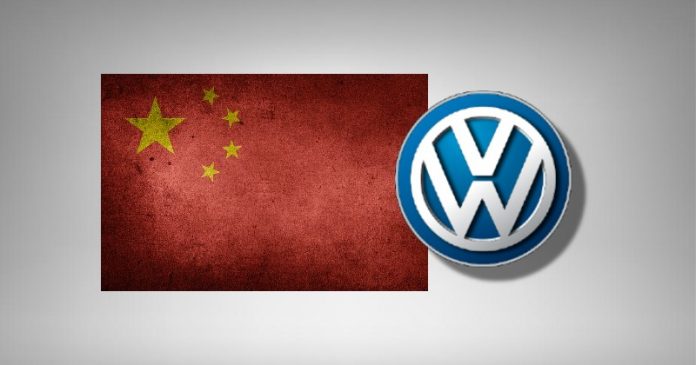 Last week, U.S. Sen. Marco Rubio, R-Fla., sent a letter to Herbert Diess, the chairman of the Board of Management of the Volkswagen Group, asking for further information regarding Volkswagen’s partnerships with Chinese companies Huayou Cobalt and Tsingshan Holding Group.

Both companies are implicated in egregious human rights abuses around the world, including participation in the Chinese Communist Party’s genocide of Uyghur Muslims in the Xinjiang Uyghur Autonomous Region (XUAR) and the forced labor of trafficked children in the Democratic Republic of the Congo (DRC). Volkswagen has made self-described commitments to mitigating “environmental, social and economic risks” of their operations by developing “responsible terrestrial mining practices.”

I request additional information with regard to Volkswagen’s recent joint ventures with Chinese companies Huayou Cobalt and Tsingshan Holding Group. Both companies are implicated in grotesque human rights abuses, including the human trafficking and forced labor of children in the Democratic Republic of the Congo (DRC), the Chinese Communist Party’s (CCP) ongoing genocide against Uyghur Muslims in the Xinjiang Uyghur Autonomous Region (XUAR), and the destruction of critical rainforest habitat in Indonesia.

In December 2021, Volkswagen signed a pledge to not use minerals and metals mined from the seafloor, citing the “environmental, social and economic risks of deep seabed mining” to critical habitat and ecosystems, as well as the need to develop “responsible terrestrial mining practices.”[1] Last month, Volkswagen formed ventures with Huayou and Tsingshan for nickel, cobalt, and lithium, elements required to produce rechargeable electric vehicle batteries.[2] As you may know, Huayou has been credibly implicated in the forced labor and human trafficking of child laborers in its cobalt mines in the DRC, including children who perished in the mines.[3] Meanwhile, Tsingshan operates lithium and nickel mines in Indonesia, which require the destruction of the rainforest ecosystem, and is considered a major risk to biodiversity.[4] Additionally, Volkswagen has been implicated as benefiting from the forced labor of Uyghur Muslims in XUAR, where an ongoing genocide is being committed against them and other ethnic and religious groups by the People’s Republic of China.[5] With regard to these grave matters, I request a written response to the following questions:

Are you aware that Huayou and Tsingshan are implicated in the Uyghur genocide in Xinjiang, responsible for forced labor and trafficking of children in the DRC, and the destruction of critical rainforest habitat in Indonesia?

Are you aware that, by participating in a joint venture with Huayou, which is responsible for the forced labor of trafficked children in its DRC cobalt mines, you may have made Volkswagen legally liable for human trafficking offenses pursuant to the Trafficking Victims Protection Reauthorization Act (18 U.S.C. § 1595 et. seq.)?

Has Volkswagen notified its shareholders that it has entered into supply agreements with an entity that exploits the forced labor of trafficked children in the DRC?

Do you believe that forced labor, human trafficking, and child labor are “responsible terrestrial mining practices?”

Do you agree with the characterization that the mass detention, forced sterilization, forced labor, and “re-education” of Uyghurs and other groups in camps in the XUAR is genocide?

Does Volkswagen value the mitigation of temporary deep-seabed sediment over human rights and human life?

Has the Volkswagen factory in Urumqi, XUAR ever utilized slave labor?

Does Volkswagen have plans to close its factory in Urumqi?

Please describe the relationship between Volkswagen and the CCP, including the presence of CCP committees within Volkswagen’s operations and what participation they may have had in any corporate governance decisions.

Is Volkswagen, or any of its board members or employees, under the undue influence or control of the CCP?

Are you aware of any active investigations by a government into Volkswagen, or any Volkswagen board member or employee, with regard to human rights violations, human trafficking, or affiliation with the CCP?

I look forward to your prompt responses.