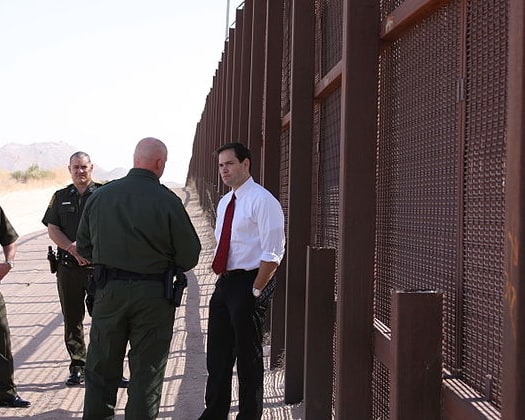 On Tuesday, U.S. Sens. Marco Rubio, R-Fla., and Jim Rische, R-Idaho, said they would offer a resolution “reaffirming support for U.S.-Mexico relations and economic engagement, and encouraging the Biden administration to address the humanitarian and security crisis at the U.S. southern border.”

Risch leads Republicans on the U.S. Senate Foreign Relations on which Rubio sits.

“At a crucial time in our bilateral ties with Mexico, we are facing the unprecedented challenge of having a foreign leader who publicly criticizes the long term bilateral commitments of both nations and turns a blind eye to the humanitarian crisis at our shared border,” Rubio said. “As a strong defender of democratic values and freedom of the press, I remain committed to raising my voice about the importance of a democratic and stable Mexico while Beijing and Moscow work to undermine stability in our region.”

“As neighbors, the United States and Mexico have shared interests in a secure, prosperous, and democratic Western Hemisphere. I am concerned those interests are being undermined by the security crisis at the U.S.-Mexico border and the erosion of the security and economic conditions in Mexico,” Risch said. “Presidents Biden and Obrador must take meaningful actions to effectively combat transnational criminal activities, promote private sector investments and the integrity of the USMCA, and strengthen the institutions needed to address the negative influence of China and Russia in our hemisphere.”

The resolution calls for “stronger economic engagement” while pointing to “concerns about the worsening investment climate in Mexico and encourages the Biden Administration to defend U.S. economic interests by upholding the integrity of the United States–Mexico–Canada Agreement.” The resolution also calls upon the Biden administration “to address the humanitarian and security crisis at the U.S. southern border by establishing effective immigration controls in the United States, targeting U.S. foreign assistance efforts to strengthen border security and migration management capacities in the region, and leveraging existing bilateral extradition treaties and the Palermo Protocols to prosecute transnational criminal actors facilitating illegal migration to the United States” and doing more to crack down on illegal drugs.