Rubio weighed in on the bill on Thursday.

“I am proud to join my colleagues in this bipartisan effort to mitigate the challenges and impacts of a changing climate and empower states to plan appropriately,” Rubio said. “Florida’s public and private building standards are already among the most stringent in the nation, including the requirement to withstand major hurricanes. The Built to Last Act would bolster our preparedness by improving the federal government’s capacity to share projections of weather-related risks to our communities and provide guidance for building codes, ensuring that the infrastructure we build in the future is more resilient to weather impacts.”

“In recent years, communities in Wisconsin have been hit particularly hard by severe weather events and flooding that has washed out roads, closed local businesses and damaged highways and bridges,” Baldwin said. “As severe weather becomes more and more frequent, it’s important we equip states and local communities with the modern information and technical assistance they need to build stronger roads, bridges and facilities that can withstand the next storm or natural disaster. This reform will not only ensure we are better protecting our infrastructure, but it will also save taxpayer dollars.”

The senators pointed to a Congressional Budget Office from back in April which found that  the “estimated annual economic losses from damage caused by hurricanes and storm-related flooding is $54 billion to households, businesses and government.” They insisted their proposal would help “ensure federal, state, local and private buildings, roads, and other infrastructure are more resilient to extreme weather events by equipping standards-developing organizations that issue building codes and other standards with the best available information on weather-related risks, including floods, hurricanes and wildfires.”

Baldwin’s bill was sent to the U.S. Senate Commerce, Science, and Transportation Committee last week. So far, there is no counterpart over in the U.S. House. 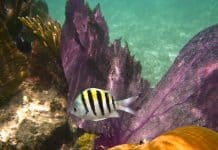