On Wednesday, U.S. Sens. Marco Rubio, R-Fla., and Chris Coons, D-Del., led a bipartisan group of senators in sending a letter to U.S. Sec. of State Antony Blinken urging him to ensure our nation is taking all measures to assist Uyghurs and other Turkic or Muslim minorities in Xinjiang, including by designating these Uyghurs and other targeted individuals with Priority Two (P-2) refugee status and encouraging countries that are hosting Uyghurs to provide protection.

We write with concern about the plight of Uyghurs living in the People’s Republic of China (PRC) and other Turkic or Muslim minorities living in the Xinjiang Uyghur Autonomous Region (XUAR) of the PRC, who have been, and continue to be, subjected to horrific atrocities at the hands of the Chinese Communist Party (CCP). We respectfully urge you to ensure the United States is taking all available measures to assist these persecuted people.

On January 19, 2021, then-Secretary of State Mike Pompeo issued a long overdue formal determination that the CCP was committing genocide and crimes against humanity against predominantly Muslim Uyghurs and other ethnic and religious minority groups in the XUAR. We were pleased that you agreed with this determination, and during your confirmation hearing before the Senate stated, “forcing men, women, and children into concentration camps, trying to in effect re-educate them to be adherents to the Chinese Communist Party – all of that speaks to an effort to commit genocide.”

We now urge you to consider what further actions the United States might take following the determination of genocide. One important step would be to assist those Uyghurs who have managed to flee the PRC. Uyghurs are stranded around the world, in places where they are vulnerable to refoulement, particularly when their travel documents expire. For example, the PRC is pursuing an extradition treaty with Turkey, which they intend to use to target Uyghurs under the flimsy pretense of combating terrorism. Beijing ratified the treaty in December, and it now awaits ratification in Ankara. Uyghurs have a well-founded fear of persecution if they are forced to return to the PRC.

We recommend three courses of action. First, the State Department should fully utilize the refugee admissions program. It is our understanding from the State Department’s Report to Congress on the Proposed Emergency Presidential Determination on Refugee Admissions for Fiscal Year 2021 that Turkic Muslims are under consideration for Priority Two (P-2) status. We encourage you to grant P-2 status to Uyghurs, as well as to other Turkic or Muslim minorities living in the XUAR, which will enable them to bypass referral from other entities, such as the United Nations High Commissioner for Refugees, an embassy, or a nongovernmental organization, to apply directly to the United States for resettlement, regardless of where they currently live. Second, we urge you to coordinate with allies and partners, including Australia, Canada, and European countries, to provide Uyghurs and members of other minority groups with safe haven and engage diplomatically to ensure their protection. Third, we urge that you engage countries that are already hosting a significant number of Uyghurs and members of the other minority groups, including Turkey, Thailand, Saudi Arabia, and Kazakhstan, and encourage them to protect these individuals. These countries, in particular, face significant pressure from Beijing to deport Uyghurs to the PRC and may have deported Uyghurs in the past.

History will judge the United States and the free world by how we respond to the crisis in Xinjiang. We must use all available tools to end the abuses against Uyghurs, ensure justice and accountability for those responsible, and provide protection for those in need. We appreciate that you have already raised the plight of the Uyghurs and other human rights concerns in your first call with top Chinese diplomat, Yang Jiechi, and urge you to continue doing so. We stand ready to assist you on this matter, which is both in the interest of our national security and the morally right thing to do.

Thank you for your attention and we look forward to your prompt response. 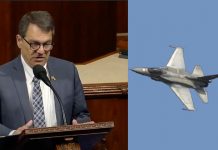