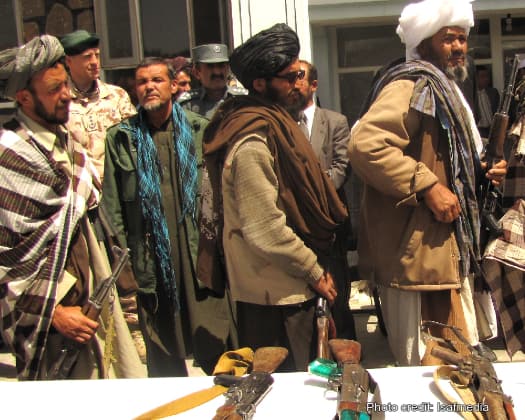 At the end of last week, U.S. Sen. Marco Rubio, R-Fla., the vice-chairman of the U.S. Senate Select Committee on Intelligence and a member of the U.S. Senate Foreign Relations Committee, sent a letter to President Joe Biden demanding answers regarding the administration’s decision to share intelligence and the names of U.S. citizens and Afghan allies with the Taliban.

I am greatly distressed by your admission that your administration may have provided a list of American citizens, legal permanent residents and vulnerable Afghans to the Taliban. Regardless of the assurances your administration may have received from the Taliban, your decision to believe them was nothing less than irresponsible and naïve. Sharing such a list provided the Taliban a powerful tool in their ongoing “revenge killings” of those who stood with the United States, and its mission in Afghanistan, during the last twenty years.

While your administration may claim that providing this list helped Americans to get past Taliban checkpoints, this decision blatantly ignored credible reports that the Taliban was directly targeting Afghan individuals that supported American troops. As early as July 22, the Taliban abducted and executed Khasha Zwan, a popular comedian in Kandahar. On August 2, the U.S. Embassy in Kabul had accused Taliban fighters of carrying out at least 40 revenge killings in the district of Spin Boldak. Even as the Taliban claimed a “general amnesty,” there were multiple reports of Taliban fighters conducting door-to-door searches for those who worked for the Afghan government or for American organizations. At the height of the evacuation, personnel of the U.S. Embassy in Kabul destroyed passports and visa applications in their possession precisely so that they would not be used by the Taliban for this purpose.

Given the significant personal risk to the individuals on this list, I demand that you immediately provide answers to the following questions:

Who authorized the list of names in question to be shared with the Taliban?

When did your administration change its posture on the likelihood of Taliban revenge killings and provide this list to the Taliban?

Can you confirm if everyone on that list was safely evacuated?

Does your administration plan to inform those on that list of the significant personal threat they face?

Do you commit to rescuing those individuals on that list, if they were not already safely evacuated?

This action has endangered Americans, and our allies, who have been unable to leave Afghanistan and seriously calls into question your administration’s decision-making. As such, I will oppose any and all of your nominees for national security positions until you provide responses to the questions posed.