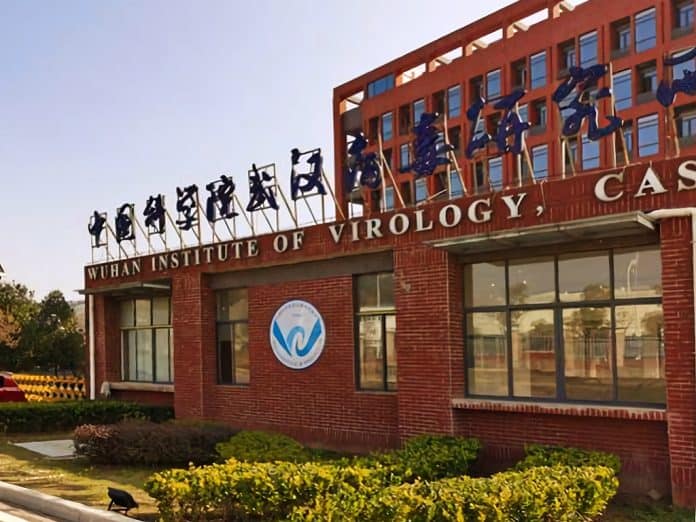 Last week, U.S. Sen. Marco Rubio, R-Fla., sent a letter to Dr. Lawrence Bacow, the president of Harvard University, regarding a potential quid pro quo agreement in which officials from the real estate company, Evergrande, which has close ties to the Chinese Communist Party, donated $115 million to Harvard Medical School in exchange for access to influential American virology experts, including Dr. Anthony Fauci, who were studying the origins of COVID-19.

Just days after Harvard received the donation, Harvard-linked virology experts, some of whom had previously hypothesized that the virus may have been engineered in and leaked from a lab in Wuhan, China, privately and publicly condemned and erroneously discounted the possibility that the virus may have emerged as a result of a research-related incident at the state-run Wuhan Institute of Virology.

Harvard University is regarded as one of the most prestigious institutions of higher education in the world. This adds credibility to any endeavor that bears its name. Accordingly, you, along with the entirety of Harvard’s faculty and staff, have a weighty responsibility to ensure that this credibility is not misused to further purposes at odds with the university’s mission, or worse, those that are detrimental to the interests of the American people.

It has come to my attention that in the early days of the COVID-19 outbreak in the United States, you, Harvard Provost Alan Garber, and Harvard Medical School Dean George Daley facilitated what would become a concerning relationship between Dr. Anthony Fauci and the Chinese property developer Evergrande. According to reporting by The Spectator, these interactions apparently shaped two subsequent developments: 1) a donation by Evergrande to Harvard Medical School to the tune of $115 million, and 2) a decision by U.S. scientists and public health officials, including Dr. Fauci, to publicly dismiss the possibility that the novel coronavirus emerged as a result of a research-related incident, likely at the state-run Wuhan Institute of Virology, after these same scientists and officials had discussed this very hypothesis in private and deemed it plausible.

While The Spectator did not characterize the situation in precisely these terms, the coincidental timing of these events suggests the possibility of a quid pro quo, whereby Harvard officials, in return for a large donation from Evergrande, contacted American public health officials to convince them that Chinese Communist Party’s (CCP) preferred theory of the origin of COVID-19 was the only theory that should be seriously considered. The CCP’s outreach to Harvard through Evergrande is consistent with the CCP’s past attempts to influence decision-making in other countries, including the United States, through non-traditional means as well as influential actors in the private sector and civil society. While Evergrande is ostensibly a private company, the laws of the People’s Republic of China (PRC) make it clear that all companies are required to comply with CCP directives. The Australian government has rightly declared that “there is no such thing” as a “private company” in the PRC. Given Harvard University’s long history of working in China and interacting with PRC officials, I would expect that you and others in the university’s leadership would have seen Evergrande’s outreach for what it was: a CCP attempt to obscure the origin of the coronavirus that causes COVID-19 and absolve itself of responsibility for having caused the worst pandemic in a century.

As Vice Chairman of the Senate Select Committee on Intelligence and a member of the Senate Committee on Appropriations, I have a responsibility to the American taxpayer to ensure that recipients of federal funding, like Harvard, are not complicit in the CCP’s malicious attempts to subvert the interests of the United States, including the search for the origin of COVID-19. As such, I request your prompt response to the following questions:

1. Did you, or other members of Harvard’s administration, contact the Federal Bureau of Investigation (FBI) or other law enforcement agencies with concerns about Evergrande’s attempt to contact Dr. Fauci through Harvard?

2. When Evergrande Founder and CCP member Xu Jiayin contacted you in January 2020, he reportedly asserted that there had been no interaction between the National Institute for Health (NIH) or the U.S. Centers for Disease Control and Prevention (CDC) and their counterparts in the PRC. Were you not aware that Dr. George Gao, the director-general of the Chinese CDC, had not only been in contact with Dr. Robert Redfield, the U.S. CDC Director, on multiple occasions since the beginning of January but that Gao had also refused support offered by the United States?

4. Please provide, publicly, the terms of the donation made by Evergrande to Harvard Medical School. Did Evergrande condition this donation on any specific action by Harvard or Harvard faculty?

5. Please disclose the details of the meeting between Evergrande and Dean Daley mentioned in Dean Daley’s February 2nd email to Dr. Fauci.

6. Please disclose the full contents of the redacted email from Evergrande’s Chief Health Officer, Dr. Jack Lu, to Dean Daley that was included in the February 2nd email.

7. Please provide a full accounting of how Harvard spent the $12 million of the $115 million donation it has received from Evergrande. Can you detail whether any of that money went directly to the Harvard Medical School leadership?

The United States has entered an era of great power competition with the CCP, a regime that has explicitly called for the displacement of the United States as the world’s leading power. It is incumbent on all Americans to be vigilant against the CCP’s attempts to weaken the United States and our institutions, including our educational institutions. Based on Harvard’s previous interactions with Evergrande and, by extension, Beijing, I can only assume that Harvard is either ignorant about the threat of the CCP at best or actively supporting our principal adversary at worst.

Thank you in advance for your prompt response to these questions.