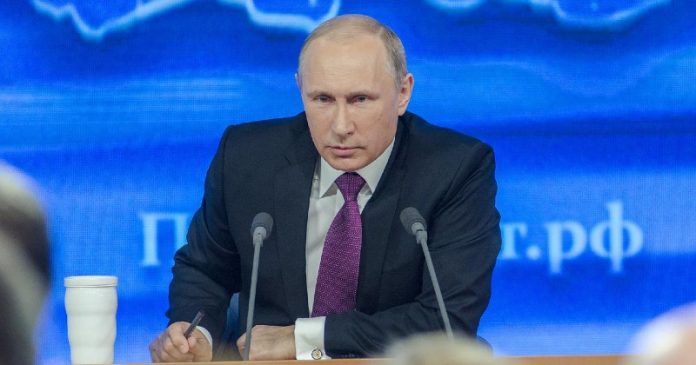 “All our hope is in the famine.” These disturbing words come from one of Russia’s chief propagandists. There is no subtlety or nuance here, just a brutally simple explanation of how Vladimir Putin plans to win his illegitimate war in Ukraine.

The U.N. reports that due to the lingering effects of the COVID-19 pandemic and the shock of Russia’s invasion, approximately 355 million people will face acute hunger by the end of the year. Countries dependent on food and fertilizer from the Black Sea region in Eastern Europe are the hardest hit. In the Horn of Africa, famine is already setting in.

Famine may be incomprehensible to most Americans, but it sadly remains a reality throughout time. In Venezuela, extreme poverty created by the political neglect and economic mismanagement of the Maduro regime caused the average person to lose nearly 25 pounds. In Somalia, more than 260,000 people starved to death when wheat prices soared and civil wars broke out across the region.

While horrific, these were relatively isolated incidents. Putin’s intentional global famine could be even more catastrophic. Millions of people across Africa, the Middle East, and South Asia may starve to death by the end of 2023, and millions more may be driven from their homes to escape hunger, political instability, and war.

Putin is betting that these crises, along with high energy prices, will force his European opponents to abandon the people of Ukraine. He hopes the North Atlantic Treaty Organization (NATO) and the European Union will do anything in exchange for food, oil, and natural gas. This would allow Russia’s military to recover, solidify control over parts of Ukraine, and prepare for more acts of aggression.

Only Putin is directly responsible for the coming chaos, but we need to understand why he has the leverage to punish the rest of the world.

Sadly, he has the leverage because it was willingly given to him by left-wing ideologues and free-trade fundamentalists. Over the past few decades, America could have produced more food, energy, and fertilizers. Instead, our leaders pursued burdensome climate regulations; stifled agricultural, mineral, and energy developments on public and private lands alike; and embraced supply chains rooted in our adversaries’ economies.

And while we smothered ourselves in red tape and sent our industries overseas, Beijing and Moscow plotted to weaponize their newfound economic influence. For Russia, that meant invading Ukraine and assuming Europe would back down. For China, it could mean invading Taiwan or cutting off America from critical medicines and minerals.

The signs that this might happen were right in front of us, but we refused to act on them. Now we are reaping the consequences of our ignorance and denial.

America could still change course. If we strategically deregulate our economy now, we may be able to rapidly expand food and energy production. That could save lives around the world, meet the needs of our allies, and mitigate economic hardship here at home.

But instead of cutting red tape, President Joe Biden wants to double down on the policies that got us here in the first place. Less energy. Less food. Less of everything essential. Meanwhile, the Democrats here in Congress want to pour more money that we don’t have into unreliable renewables––which will only push us deeper into recession.

This is what happens when radical Marxists and oblivious laptop liberals control the Democratic Party. They believe the climate is burning and mankind is on the verge of extinction, and that their radical policies will fix everything. In reality, they are only going to accelerate a famine that could kill millions.

That is why Congress must oppose calls for President Biden to declare a national emergency over climate––and it’s why I will file a resolution of disapproval if he does so. To help Americans suffering from rising prices, insulate our country from international turmoil, and protect millions across the globe from starvation, we must expand our energy, food, fertilizer, and industrial production, not limit it.

Climate fanaticism is never beneficial, but at a time like this, it will contribute to death and destruction abroad and economic disaster here at home. Those are outcomes we are duty-bound to avoid.

Marco Rubio is a U.S. Senator from Florida. The views expressed are the author’s own. This piece originally ran at RealClearWorld.