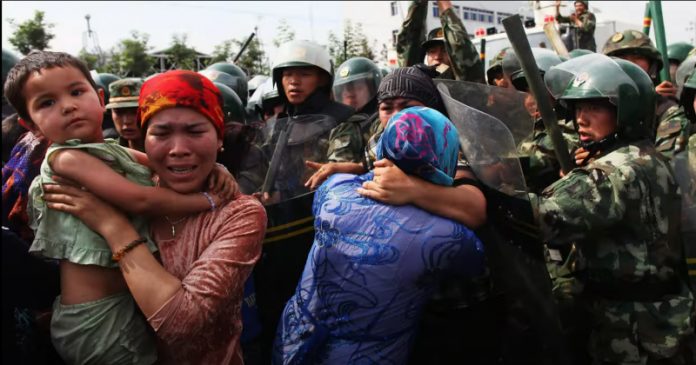 When he brought the bill back at the start of 2021, Rubio’s office offered some of the details of the proposal which had U.S. Sen. Jeff Merkley, D-Oreg., as the main cosponsor.

“The United States is so reliant on China that we have turned a blind eye to the slave labor that makes our clothes, our solar panels, and much more,” Rubio said when the bill cleared Congress. “That changes today. Our Uyghur Forced Labor Prevention Act will require businesses importing goods into the United States to prove that their supply chains are not tainted with slave labor. It is time to end our economic addiction to China.”

“The president welcomes the agreement by Congress on the bipartisan Uyghur Forced Labor Prevention Act,” then White House Press Secretary Jen Psaki said when the bill cleared Congress. “We agree with Congress that action can and must be taken to hold the People’s Republic of China accountable for genocide and human rights abuses and to address forced labor in Xinjiang. That is why the administration has already taken concrete measures including imposing visa restrictions, Global Magnitsky Act and other financial sanctions, export controls, import restrictions, and the release of a business advisory. The president also rallied the G7 to commit to ensure all global supply chains are free from the use of forced labor—including from Xinjiang. The administration will work closely with Congress to implement this bill to ensure global supply chains are free of forced labor, while simultaneously working to on-shore and third-shore key supply chains, including semiconductors and clean energy.”

Rubio doubled down on his position last week in a new video.

“American corporations and consumers can no longer turn a blind eye to the suffering of Uyghurs and other predominantly Muslim ethnic groups in XUAR,” Rubio said. “Finally, the United States is standing up to the Chinese Communist Party and its use of slave labor. The Biden Administration must strictly and aggressively enforce this law.”