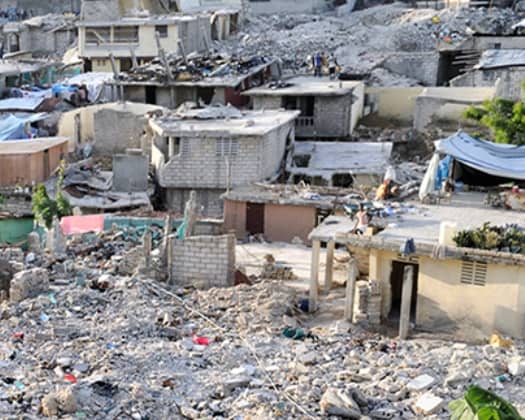 “The Haitian Hemisphere Opportunity through Partnership Encouragement (HOPE) Act, introduced as a response to an economic downturn in Haiti in 2005, removes duties from Haitian apparel exports to the United States. The Haitian Economic Lift Program (HELP) Act, passed by Congress following the 2010 earthquake in Haiti, broadens the types of goods eligible for duty free status to over 5,000 types of apparel and footwear. Together, HOPE and HELP apply to roughly 93 percent of Haitian exports to the U.S. and employs more than 56,000 Haitians. Apparel factories in Haiti are a crucial source of stable economic employment in the country,” Rubio’s office noted.

“As Haiti continues to confront political corruption, natural disasters, and rampant crime, it is clear that it is in our national security interest to support our regional neighbor,” Rubio said. “This bipartisan bill will help strengthen Haiti’s economy and benefit the U.S. by decreasing our nation’s dependency on goods manufactured with forced labor in China. Our mutual benefit will encourage safety and prosperity in our hemisphere.”

“Families in Haiti are desperate following repeated natural disasters and unrest,” Cassidy said. “Extending trade benefits is good for the U.S., provides the starving Haitian people with needed resources, and will help stem the exodus from the island.”

“In 2021 alone, the Haitian people have suffered a devastating earthquake, the assassination of their president, emboldened criminal gangs, and an ever-growing economic crisis,” Salazar said. “The HELP Extension Act will allow the Haitian people to improve their livelihoods and rebuild their country by ensuring the 60,000+ Haitians in the textile industry continue to enjoy the benefits of unfettered trade with the United States. As one of our closest allies in the Western Hemisphere, we have an obligation to ensure the wellbeing of our Haitian neighbors. That is why I am proud to introduce this crucial bill.”

“I am incredibly proud to be a lead co-sponsor of the Haiti Economic Lift Program Extension Act, which will help boost the Haitian apparel industry’s economic stability and is sorely needed in a nation where there is so much economic and political insecurity,” Wilson said, who represents one of the largest Haitian communities in the United States. “Apparel exports represent a significant portion of the nation’s exports and have created tens of thousands of jobs. This extension will create even more.”