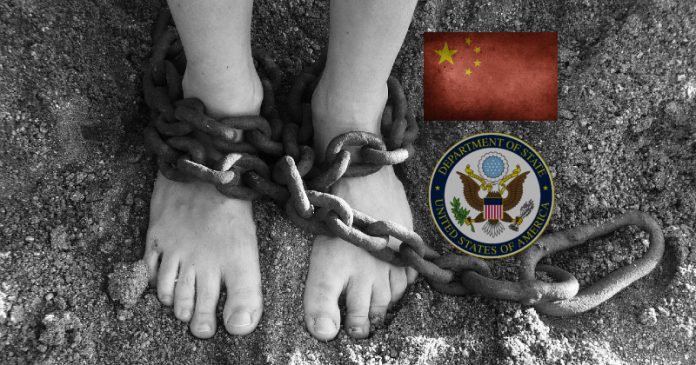 This week, U.S. Sen. Marco Rubio, R-Fla., released a statement following the release of a U.S. State Department’s “2022 Trafficking in Persons Report,” which did not name China as a state sponsor of human trafficking.

“The Chinese Communist Party (CCP), under the direct authorization of General Secretary Xi Jinping, unlawfully imprisoned more than a million Uyghur Muslims and other ethnic groups in camps in the Xinjiang Uyghur Autonomous Region (XUAR), where they are forced into slave labor, reeducation campaigns, and forced sterilization. The CCP is also seeking to kidnap Uyghurs living abroad to force them to return to the People’s Republic of China (PRC),” Rubio’s office noted.

Rubio said the following about the report:

“Human trafficking is a sickening form of abuse that has hurt millions in the United States and abroad. As a beacon for human rights and democracy, the United States has an obligation to combat this horrific practice of modern day slavery.

“The effects of human trafficking are widespread, including in our own hemisphere. While I am grateful that the Biden Administration classifies Cuba’s abuse of medical doctors as state-sponsored human trafficking, the report fails to acknowledge that the Cuban dictatorship, with the help of Ortega regime, has exacerbated an unprecedented migratory crisis. Because of this administration’s refusal to enforce our immigration laws, innocent men, women and children are smuggled and abused at the hands of criminals and cartels who enrich themselves through human trafficking.

“This report underestimates the transformation of Hong Kong into just another city in Mainland China at the hands of Xi Jinping. Rather than rightfully list Hong Kong in Tier 3, the Secretary of State has waived its Tier 3 designation to maintain Hong Kong on the Tier 2 Watch List. If the Biden Administration is under the belief that Hong Kong, under the jurisdiction of the CCP’s puppet John Lee, retains its previous autonomy, they are badly mistaken.

“Even more astonishingly, despite acknowledging the many state-sponsored forced labor programs operating in the PRC, the Biden Administration has chosen not to list the Chinese Communist Party as a state sponsor of human trafficking. This is an unacceptable and cowardly oversight for a nation that has already recognized the CCP as guilty of genocide. Rather than issuing ‘prioritized recommendations’ for the PRC to end its practice of state-sponsored forced labor, the Biden Administration should prioritize the strict enforcement of my Uyghur Forced Labor Prevention Act, which will end the United States’ complicit participation in the CCP’s slave labor program.

“Human trafficking is an urgent global crisis, and it deserves a serious and meaningful response. We cannot give evil dictators and human smugglers a free pass.”

Following criticism from Rubio and others, the State Department updated the report to include the People’s Republic of China (PRC) as a state sponsor of human trafficking.

“It defies belief that China was ‘inadvertently’ left off the list. The Chinese Communist Party is a genocidal regime that kidnaps Uyghurs living abroad to force them to return,” Rubio said. “The Biden administration needs to do better, especially as it enforces my Uyghur Forced Labor Prevention Act. We should not be giving Beijing the benefit of the doubt or pulling our punches.”