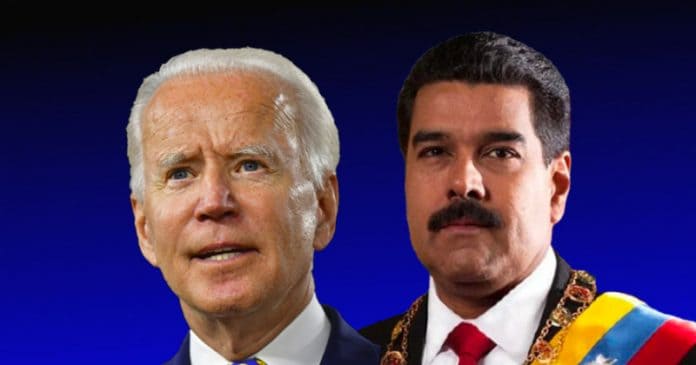 This week, U.S. Sens. Marco Rubio, R-Fla., and Ted Cruz, R-Texas, sent a letter to President Joe Biden, insisting there were dangerous consequences to his administration’s recent actions towards Venezuela and warning him against making further concessions to Nicolas Maduro.

We write to express serious concern that actions taken by your administration are threatening to erode the international recognition and legitimacy of Juan Guaidó as the Interim President of Venezuela and of the National Assembly. Simultaneously, your administration’s actions give unwarranted and dangerous legitimacy to the Nicolas Maduro regime, which are detrimental to the prospects for free and fair elections, the release of all political prisoners in Venezuela, and the return of imprisoned Americans being used as political pawns.

The recent release from prison of Franqui Francisco Flores de Freitas and Efrain Antonio Campo Flores, illegitimate first lady Cilia Flores’s nephews who were convicted and sentenced, in 2017, to 18 years in federal prison for conspiracy to smuggle cocaine into the United States, was misguided. Such actions undermine the rule of law, our credibility in the region, and give dictators the assurance that kidnapping innocent Americans to negotiate concessions is always on the table with this administration. We are also concerned with recent reports that your administration is considering allowing Chevron to restart oil operations with Petroleos de Venezuela SA (PDVSA), the Maduro regime’s oil company, which remains under U.S. sanctions.

1. Release Alex Saab, financier and money launderer for Maduro who was indicted in the United States on multiple counts of money laundering and currently awaiting trial in the Southern District of Florida;

2. Remove or lessen any sanctions currently in place for PDVSA, the state-owned oil company that provides the regime with a source of income;

3. Grant or otherwise facilitate the regime’s access to frozen assets;

8. Exclude the interim government from any negotiation process with the Maduro Regime.

Conceding any of the above actions would undermine prospects for the return of democracy to Venezuela. Negotiations with a dictator will only beget more negotiations with a dictator, and the damage done in the meantime is disastrous. Per Section 181 of the VERDAD Act of 2019, we request a briefing on what actions or modifications your administration has promised or considered to Maduro.

Thank you for your attention to this serious matter.