At the end of last week, Rubio, who sits on the U.S. Senate Foreign Relations Committee, and Yoho, who leads Republicans on the U.S. House Asia and the Pacific Subcommittee, joined U.S. Sen. Ed Markey, D-Mass., and U.S. Rep. Ami Bera, D-Calif., on the proposal.

“Modeled on the successful Mansfield Fellowship Program between the United States and Japan, this bill establishes a two-year fellowship exchange program for federal government employees in all three branches of government to learn, live, and work in Taiwan. Upon successful conclusion of the program, fellows will return to federal government service better positioned to advance U.S. values and interests in the Indo-Pacific region, with special emphasis in strengthening our strategic partnership with Taiwan,” Rubio’s and Yoho’s offices noted.

“I’m proud to join this bipartisan and bicameral effort that would create a fellowship program in Taiwan for U.S. government officials in order to continue strengthening our bilateral and cultural ties with Taipei,” Rubio said on Friday. “Modeled after the successful Mansfield Fellowship with Japan, this program would add value to our nation’s efforts to promote a free and open Indo-Pacific in line with American values and interests.”

“The Taiwan Fellowship Act is a long-overdue investment in supporting the professional development of Taiwan experts in the United States federal government,” Yoho said. “This program will be instrumental in strengthening the US-Taiwan relationship by enabling federal employees in key government agencies to gain an insider’s perspective on the Indo-Pacific region through the eyes of a close friend and ally of the United States. The Taiwan Fellowship Act is an invaluable program that will strengthen American presence and expertise in the Indo-Pacific region for years to come and is essential to returning stability to a region increasingly under threat by the Chinese Communist Party.”

“The U.S. strategic partnership with Taiwan’s vibrant democracy of 23 million people continues to grow from engagement and cooperation in areas such as trade, human rights and the rule of law, security, and battling a global pandemic,” said Markey. “The Taiwan Fellowship Act deepens that U.S. cooperation with Taiwan by creating lasting personal relationships and expertise that will endure long-past each fellow’s two-year assignment to Taiwan.  Amidst China’s concerted campaign to isolate Taiwan on the global stage, an exchange of our most qualified public servants to the island nation of Taiwan is a visible demonstration of our unwavering commitment to Taiwan. I thank the Massachusetts-based Western Pacific Fellowship Project for their leadership in seeding a concept to broaden U.S. government expertise and relationships in the most consequential region in the world.”

“The United States and Taiwan have a strong and robust partnership,” Bera said. “The Taiwan Fellowship Act will further enhance this relationship by establishing an exchange program for U.S. federal employees to live and work in Taiwan, equipping them with a better knowledge of the Indo-Pacific region and better informing U.S. policymaking upon their arrival back home. I am proud to work with Ranking Member Yoho on this important legislation.” 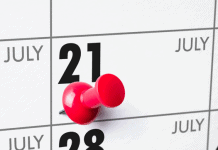